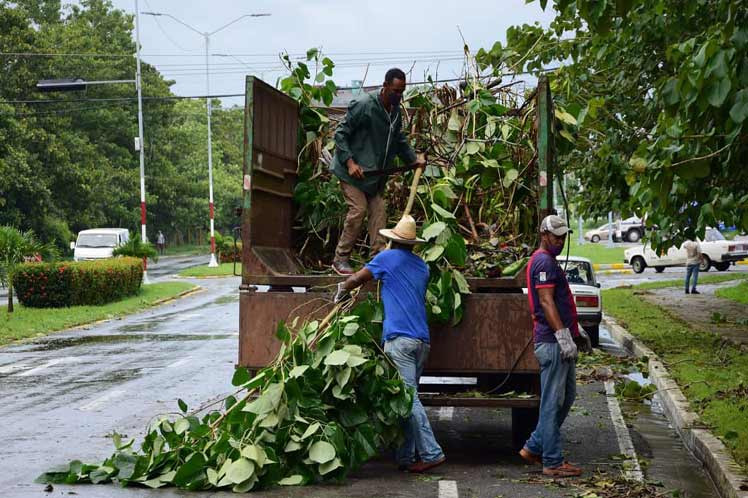 Havana, August 29 (RHC)-- Cuban President Miguel Díaz-Canel and other Cuban authorities today toured the western province of Pinar del Río, one of the most affected by Hurricane Ida.

According to the Twitter account of the Presidency, the top leadership of the Caribbean nation was in that territory to verify the damages caused by the hydrometeorological event and evaluate the epidemiological situation of that region.

Previously, the head of state urged in a tweet to work for the restoration after the passage of the cyclone with category one on the Saffir-Simpson scale.

During a meeting, the day before with the President, the top government representatives in Pinar del Río and the Isla de la Juventud Special Municipality (west) explained that the damages include the partial destruction of some houses, interruption of electricity, as well as damages to banana, corn, pumpkin and pumpkin crops.

On the other hand, the Cuban Civil Defense announced that Sancti Spíritus, Cienfuegos, Villa Clara, Matanzas, Mayabeque, Havana and Artemisa provinces have returned to normal, while Pinar del Río and the Special Municipality of Isla de la Juventud are in the recovery phase.

Authorities are touring the territories, assessing damages, taking actions to reestablish services, and keeping a watchful eye on rains or spills from reservoirs that may cause flooding.