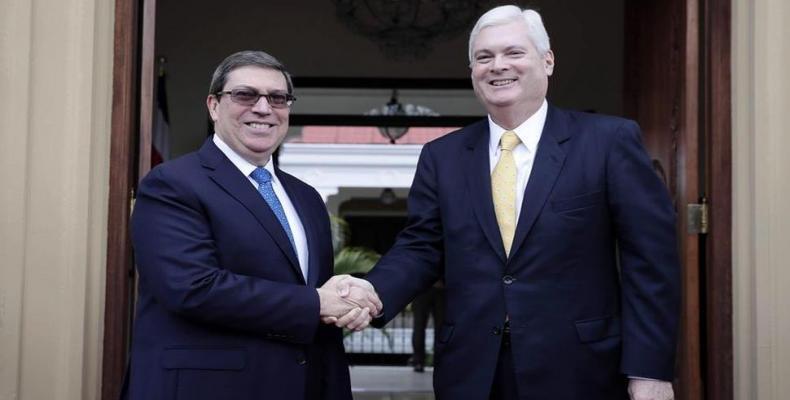 Havana, May 1(RHC)-- Cuban Foreign Minister Bruno Rodríguez said his just concluded three-day official visit to Costa Rica was timely and productive.  The visit was the first by a Cuban foreign minister to the Central American nation in over five decades.

Shortly before concluding his visit on Tuesday evening, the Cuban foreign minister said: “I have confirmed the favorable state of bilateral relations between Cuba and Costa Rica, as well as the existing potential for strengthened trade and cooperation ties in areas raging from agriculture to the use of biomass to produce energy.”

Minister Bruno Rodríguez pointed to existing opportunities for strengthened cooperation in the field of education, including human resources training in both, Cuba and Costa Rica.    The top Cuban diplomat mentioned also the field of sports, where Cuba can contribute its experience in anti-doping technology, and the biotechnology and pharmaceutical sectors.

Bruno Rodríguez termed as productive also the meeting between official delegations from the two nations, during which the Costa Rican side renewed its rejection of the U.S. blockade on Cuba and the latest measures adopted by the Trump Administration aimed at further tightening the hostile policy.

During his stay in Costa Rica, the top Cuban diplomat was received by the country’s foreign minister, Manuel Ventura, and President Carlos Alvarado, during which both sides expressed a common determination to advance bilateral relations at all levels.