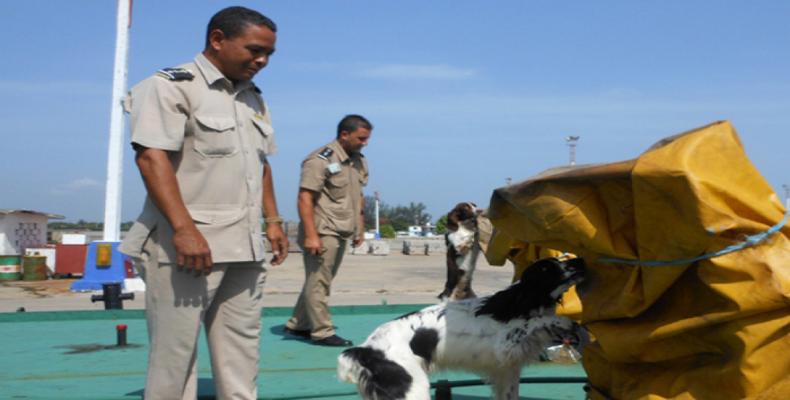 Havana, May 22 (RHC)-- Cuba denied on Tuesday any link to the illegal drugs which were hidden in a container from the island country and intercepted by Panamanian authorities.

A press release by the General Customs Office says that after investigations conducted on the island and Panama, it has been demonstrated that the container seal was changed afther the ship left Cuba.

“Since May 18 different media have manipulated the news about the seizure in Puerto Cristobal, in Panama, of 1 517 drug packages (cocaine) in 46 sports briefcases inside a container with sacks of charcoal exported from Cuba and with final destination towards Turkey,” said the note quoted by Granma newspaper.

The investigation underway made it possible to determine that the container arrived at the Panamanian port terminals of Manzanillo and Cristóbal, with the seal placed in Cuba, place of origin of the cargo, and with all the documentation in order.

However, at the time of detection of the drugs, it could be seen that the seal had been changed.

The Cuban Custom Authority said that "We are in the presence of a way of operating used internationally by drug traffickers and on which we have a history of similar cases.”

The release concluded reaffirming Cuba’s commitment to a policy of zero tolerance to drugs, stressing that it repudiates and strictly confronts any manifestation linked to the trafficking or consumption of these substances, as well as strengthens international cooperation with agencies, countries, agencies and services that combat this scourge”.