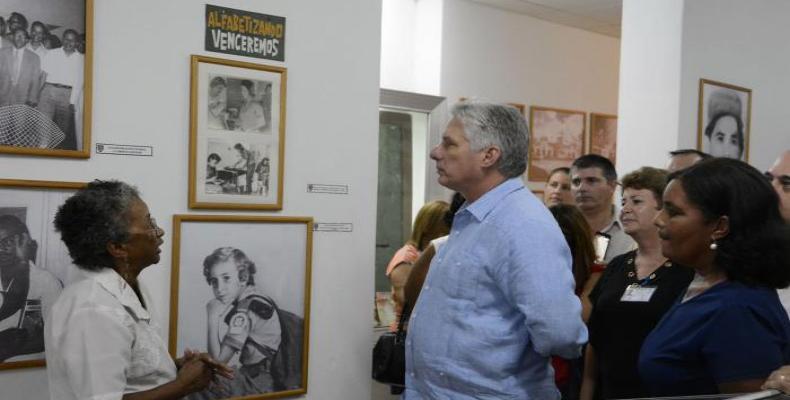 Havana, August 28 (RHC)-- Cuban President Miguel Diaz-Canel continued his systematic review of the implementation of programs to preserve libraries and historical sites in Cuba.  He also met with experts in the areas of climate change and efforts to address problems in the sugar agroindustry.

At the meeting held on Tuesday, it was reported that Cuban archives and libraries have been renovated across the island.

According to a report broadcast by the National Television News Tuesday, the president highlighted the results achieved in this area and the importance of incorporating new equipment in these centers as much as possible.