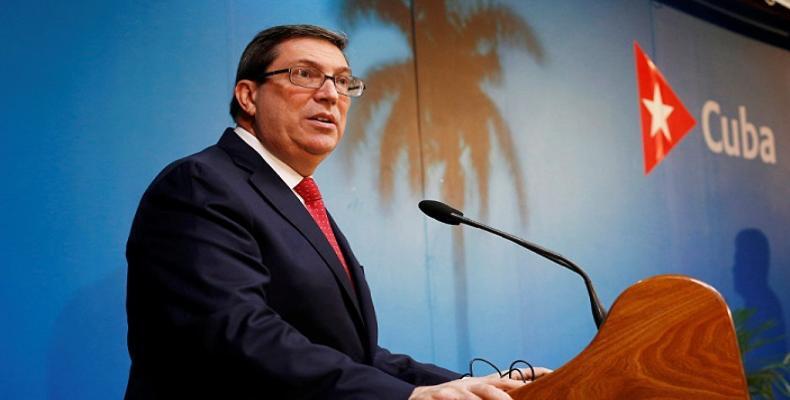 Havana, September 18 (RHC)-- Cuban Foreign Minister Bruno Rodriguez will present on Friday the report on the impact caused by the U.S. blockade policy over the past year.

According to an announcement made by the foreign minister on Twitter, Rodriguez will disclose the content of the report to national and foreign media during a press conference announced for 10:30 local time, which will be carried live by Cubaminrex Facebook page.

Every year, the report precedes the UN General Assembly vote on the Cuba-sponsored resolution on the “Necessity of Ending the Economic, commercial, and financial blockade imposed by the United States against Cuba”, which will be happening for 28th consecutive time.

The international community has overwhelmingly supported the island’s resolution on its demand to see a lifting of the longest blockade ever imposed on a nation in contemporary history.