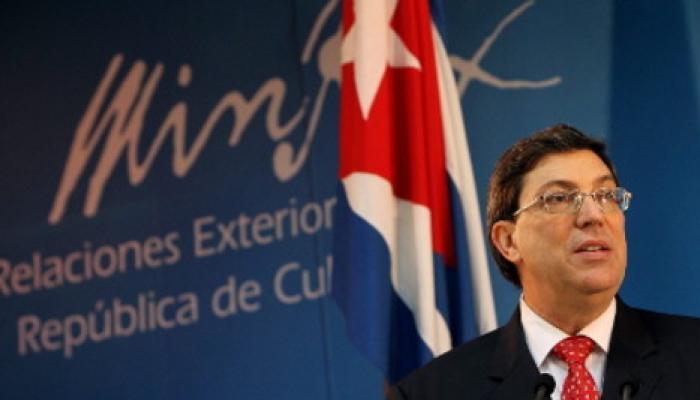 Havana, October 24 (RHC) -- Foreign Minister Bruno Rodriguez warned during a news conference in Havana that a new political maneuver of the U.S. is being staged against Cuba at the U.N. His statements came during the presentation of Cuba's 2018 report on the impact of the U.S. blockade, in advance of the voting at the U.N. General Assembly of a resolution that demands an end to the U.S. economic circle against Cuba.

The Minister said the U.S. Permanent Mission to the U.N. has circulated a preemptive document with 8 amendments to the Cuban resolution, and that a second dubious document is also being circulated by the U.S. Department of State, with the evident aim of confusing U.N. member states regarding their vote on the Cuba-sponsored resolution next October 31.

Rodriguez said that while in these documents it is acknowledged that the Cuban resolution focuses on the impact of the blockade, it is regrettable that the U.S. may try to appear in support of the Cuban people. Direct reference is made in the U.S. documents, he said, to restrictions that could affect the U.N. sustainable development goals, then shamelessly stating that Cuba's actions threaten the pursuit of these goals.

The U.S. maneuver is aimed at justifying the blockade with false pretexts, said Foreign Minister Bruno Rodriguez. He warned that the U.S. government is again using hostile rhetoric with regards to Cuba, while showing commitment to minority anti-Cuba sectors in the U.S. known for their anachronistic mentality.

The Cuban 2018 report on the U.S. blockade, which serves as a basis for the Cuban-sponsored resolution on the issue, states that from April of 2017 until March of 2018, the period covered by the report, the U.S. blockade had intensified and that it continues to be applied will full rigor. It notes that the tightening of the blockade against Cuba has been accompanied by aggressive, menacing, and disrespectful rhetoric and conditioning by the most senior officials in the U.S. government.