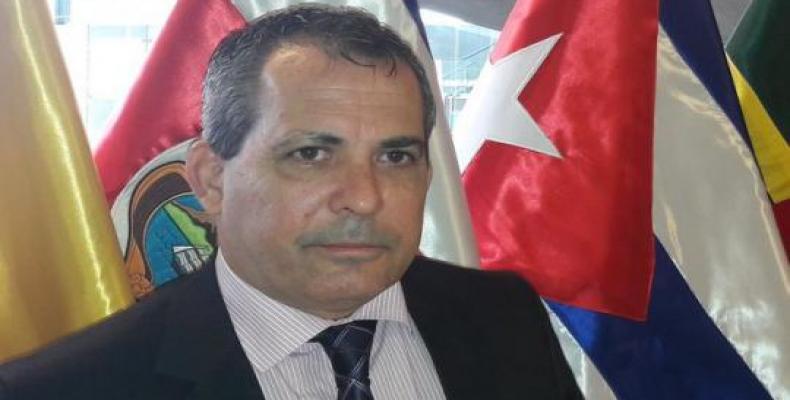 Juan Antonio Fernandez Palacios, Deputy Director of the Foreign Ministry Communications and Image Division, read to the press a note of protest, which was handed to the US head of the Diplomatic mission in Havana.

The document states that Cuba finds particularly odd that at a time of a pandemic that threatens us all, and when we should all be striving to promote solidarity and assistance to those in need, Washington continues with its exacerbated campaign of discredit and lies against the island's medical assistance.

The note adds that from the United Nations, and with one voice, the international community is calling for unity and cooperation.  It calls for an end to wars and conflicts, and it is also calling for the cessation and suspension of unjust blockades and unilateral coercive measures.  Then the note demanded setting aside pettiness and hostility.
The protest note recalled that health is a human right, and that is what Cuba understands and does.

The text ended quoting the historical leader of the Cuban Revolution, Fidel Castro, when he said: "Cuba would never carry out preventive or surprise attacks against any dark corner of the world, but our country was capable -and still is- of sending the doctors needed to the darkest corners of the world.