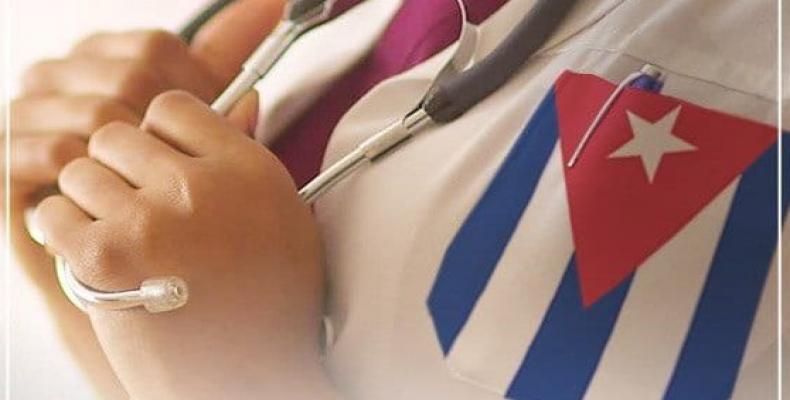 Bern, May 18 (RHC)-- The Swiss-Cuban Association condemned the media campaign launched by the United States to defame the Caribbean nation's medical collaboration with other countries, diplomatic sources said.

In an open letter, the organization denounced that, while Cuba is offering its help to numerous countries in the confrontation with COVID-19, media such as the French-language broadcasts of Swiss Radio and Television (RTS) are echoing the attacks on Cuban aid workers.

"To stoop to participating in these campaigns of denigration of the Cuban internationalist brigades is immoral and deplorable.  Beyond one's own political ideas, objectivity and respect for the truth is the least that can be expected from those who presumably inform us," the letter states.

It also criticizes the fact that Donald Trump's administration is spending large sums of money to discredit Cuba and its doctors.  According to its own sources, the U.S. Congress approves millions of dollars each year (120 million between 2017 and 2019, 32 million in 2020) to finance defamatory campaigns against Cuba. Washington also issued threatening statements against governments that, because of the pandemic, decided to ask for help from the island, the text adds.

The Swiss-Cuban Association also highlighted the altruism and solidarity of Cuban doctors and stressed that the Caribbean country's health system is free and good quality, despite the economic, commercial and financial blockade imposed by the United States for nearly six decades.

Meanwhile, the organization mediCuba Switzerland described the STR program as biased and caricatural and urged the station to stick to reality and the duty to report objectively.

It also recalled that, due to the extraterritorial nature of the blockade, Swiss banks blocked the transfer of donations to support the island in the fight against the new coronavirus.