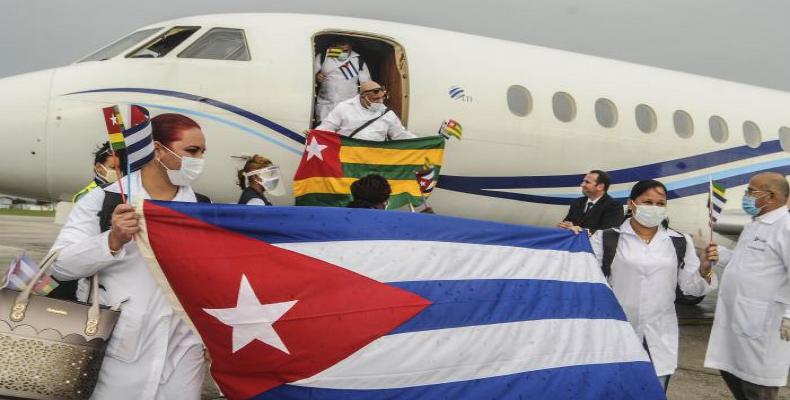 Havana, August 6 (RHC)--The contingent of the Henry Reeve Brigade that served at the Lomé Commune Regional Hospital Center, in Togo, returned to Cuba on Wednesday  after three months of confronting the COVID-19 pandemic.

Upon their arrival at the José Martí International Airport in Havana the team was received by video conference by Cuban Prime Minister Manuel Marrero Cruz, who conveyed to the internationalists the gratitude and pride they represent for the country's top leadership and for the people in general.

The effort of the small group of six doctors and three nurses was recognized by the authorities of that African nation, who highlighted their professional and human level.

In a letter to his Cuban counterpart, Miguel Díaz-Canel, Togolese President Faure Gnassingbé expressed his people's gratitude for the work done by the Cuban doctors and stated that the outstanding work of the doctors opens a new chapter in the history of bilateral relations.