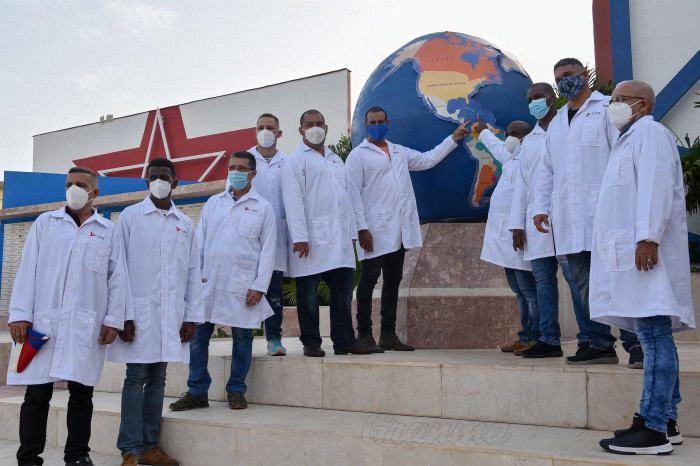 Havana, August 25 (RHC)--Eleven members of the Henry Reeve International Contingent of Doctors Specialized in Disaster Situations and Serious Epidemics traveled to Haiti on Tuesday to support the Cuban health brigade currently deployed in that sister nation.

The group will contribute to the care of the victims of the intense earthquake that occurred on August 14.

At the flag ceremony, which took place at the Central Unit of Medical Cooperation (UCCM), Dr. Regla Angulo Pardo, Vice Minister of Public Health, congratulated the doctors and thanked them, on behalf of the Government, for their willingness to go to support their colleagues in Haiti.

Dr. Juan Delgado Bustillo, director of the UCCM, recalled that the Cuban medical personnel was among the first health workers to set up a front of urgent medical attention to the victims in the country's southwest immediately after the earthquake.

Didié Álvarez Morejón, the chief doctor of the brigade, said that the group is made up of three specialists in Orthopedics and Traumatology, two graduates in the same area, four in Anesthesiology, and two specialists in General Surgery.

Cuban medical cooperation with Haiti has been uninterrupted for 20 years, and at the time of the earthquake, 253 professionals were working there.