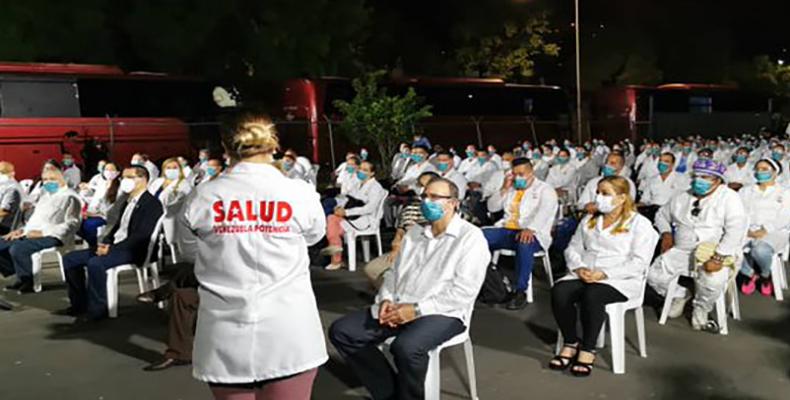 On his Twitter account, the foreign minister announced that the group is made up of 212 health professionals who will reinforce the work of the Barrio Adentro Mission.

For the past five months, Cuban doctors in that nation have been working to contain the pandemic, focusing on health promotion, screening the population, treating positive cases of COVID-19 and caring for patients recovering from the disease.

Only three days after Venezuela reported the first positive cases of SARS-Cov-2, last March, Cuba showed its support by sending a specialized technical delegation to advise the 20,000 Cuban collaborators who serve the South American country.