Cuba: The battle against Covid-19 is still to be won 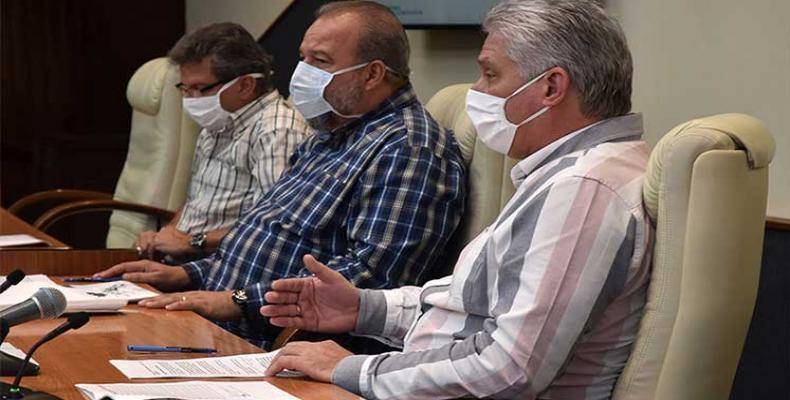 Havana September 5 (RHC)-- The meeting of the Temporary Government Working Group for the control of the COVID-19 epidemic in Cuba took place this Friday headed by the President of the Republic, Miguel Díaz-Canel, and Vice-President Salvador Valdés Mesa.

The Minister of Public Health, José Ángel Portal Miranda, said that according to the number of SARS-CoV-2 cases, the country is in 22nd place in the Americas and 114th in the world. With 100 deaths resulting from the disease, the lethality in the archipelago stands at 2.34%.

After the rebound that sparked off in August the number of confirmed cases, some five thousand people remain under observation and care in Cuban institutions. The confirmed cases, and therefore admitted to hospitals, amount to 677, of which 582 are in the Cuban capital, the province with the most significant epidemiological complication in Cuba.

During the meeting, Havana´s Governor Reinaldo Garcia Zapata said that of the 16 new cases reported Friday, 15 had already been admitted at the time of their diagnosis; the rest came out of the active investigation into vulnerable groups.

Zapata informed that the city has enough hospital and isolation center beds for suspects and confirmed contacts, and beds in isolation centers will increase by 700 more capacities, thanks to the addition of facilities offered by the National Institute of Sports, Physical Education, and Recreation.