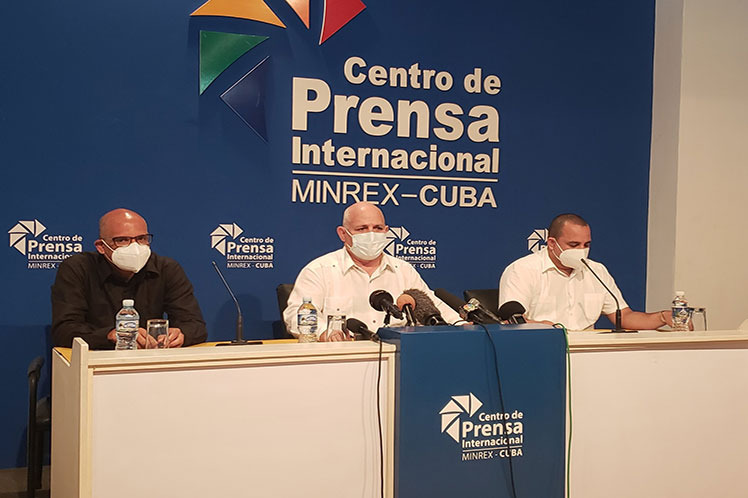 Havana, April 20 (RHC) -- Officials from Cuba's Ministry of Science, Technology, and Environment (CITMA) said Tuesday the country will showcase its favorable results in the implementation of innovation for sustainable development during the  XXVII Ibero-American Summit of Heads of States and Government to be held virtually this Wednesday.

CITMA Minister Elba Rosa Pérez will participate in the event's discussions and will refer to the strengthening of the regulatory and institutional framework for science, technology, and innovation on the Caribbean island through the approval of public policies related to this area.

Ruberdamis Tamayo Portales, director of Technology and Innovation at CITMA, mentioned among the achievements the creation of four high-tech companies and two science and technology parks and the increased linkage of universities with science technology and innovation entities and companies.

"In the current pandemic, Cuba has demonstrated the capacity of its national system through a set of innovations, among which are the five vaccine candidates against COVID-19, the production of drugs and equipment for the treatment of the disease, and the implementation of procedures and protocols for patient care," he said.

For his part, Jesús Guerra Bell, a specialist from CITMA's International Relations Directorate, pointed out that, nevertheless, the hostile actions of the United States towards Cuba, whose fundamental tool is the economic, commercial, and financial blockade, threaten these purposes.

He said that in declarations before the Summit, the Ibero-American community recognized the need for international financing in the face of environmental difficulties and the crucial importance of respecting the right to development among countries and the deployment of cooperation.