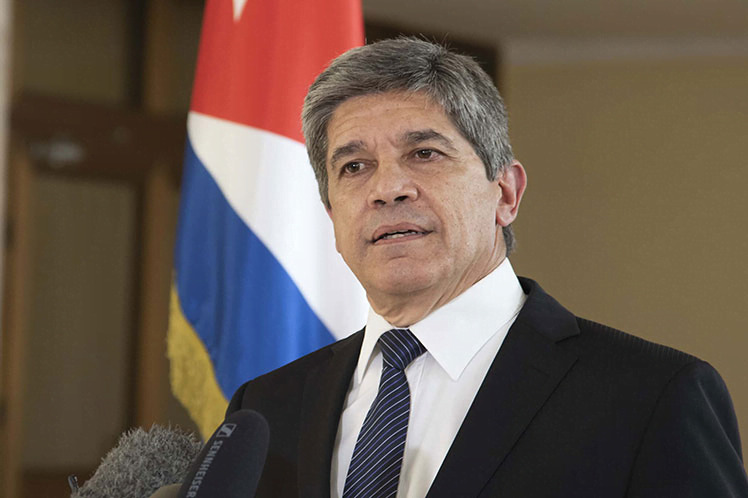 Carlos Fernández de Cossío, Director General for the United States at the Ministry of Foreign Affairs.

Havana, September 7 (RHC)-- The Cuban Foreign Ministry reiterated on Tuesday that the U.S. government maintains unchanged its unilateral measures against the island regarding sending remittances or reestablishing migratory and consular services.

Carlos Fernández de Cossío, Director General for the United States at the Ministry of Foreign Affairs, explained that Washington still prohibits the sending of money to Cuba and only announced that it would decide on the matter.

In addition, he clarified that that country 'had not reestablished the migratory and consular services' here, 'it simply announced that diplomats could be accompanied by their spouses, something they have been prohibited from doing since 2017 and that it will hire some of these for work in the embassy.'

In statements to Cubadebate, Fernández de Cossío assured that the U.S. government had not offered Havana cargo flights to transport humanitarian aid either.

"It simply granted licenses to two airlines so that they can operate a minimal number of cargo flights between the two countries, while the general flight ban imposed in August 2020 remains in force," he said.

After nine months in the White House, President Joseph Biden maintains the hostile policy and economic blockade that his predecessor Donald Trump took regarding Cuba, even though during his electoral campaign, he vowed a change.

Different experts point out that Biden ignores numerous voices of the U.S. society, such as businessmen, artists, scientists, activists, and politicians who speak out against Washington's siege.

Even the international community, every year at the UN, supports by a large majority the end of the U.S. economic, commercial and financial blockade of Cuba.