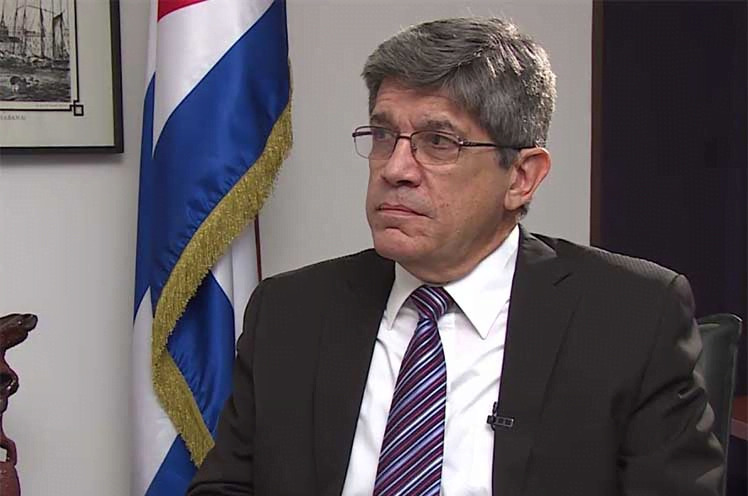 The director-general for the United States at the Ministry, Carlos Fernández de Cossío.

The director-general for the United States at the Ministry, Carlos Fernández de Cossío, shared moments of the White House media briefing in which the spokeswoman eluded the subject Cuba.

'The U.S. gov seems incapable of implementing the policy it committed to when it wanted to contrast with Trump on the campaign trail. It chooses to punish #Cuba in the framework of the pandemic while trying not to be noticed by others,' the official wrote on the social network.

After nine months in the White House, Biden maintains the 243 actions that Trump took regarding Cuba, even though he promised a change in this regard during his election campaign.

Different experts point out that the ruler ignores numerous voices of the U.S. society, such as businessmen, artists, scientists, activists, and politicians who speak out against Washington's siege.

During Trump's administration, the United States reinforced the island's economic, commercial, and financial blockade, including the suspension of remittances and the elimination of travel.