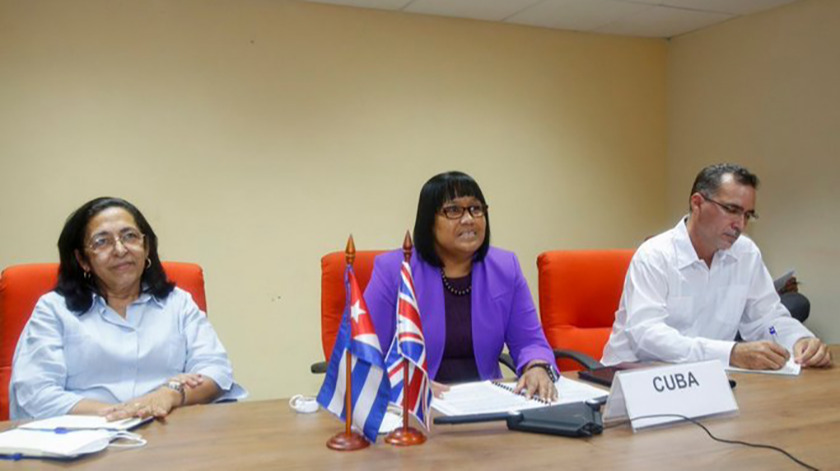 On Twitter, the Cuban official reported that in the exchange, they ratified the mutual interest in advancing in the negotiations of the draft bilateral agreement on Political Dialogue and Cooperation.

This agreement, said Rodriguez Camejo, will facilitate high-level exchanges and a solid and systematic political dialogue between both nations.

Multilateral issues such as climate change and human rights were also discussed.

The Cuban diplomat thanked the United Kingdom for its support for the United Nations General Assembly resolution calling for the end of the economic, commercial and financial blockade imposed on Cuba by the U.S. government.

For his part, Philip Barton, on the same social media, expressed his pleasure at meeting the deputy minister and described the exchange as "far-reaching, covering the breadth of the UK-Cuba relationship."

In recent years, both countries have strengthened, at the highest level, actions to deepen the political dialogue between the two countries and deepen bilateral relations in all areas.