Cuba: Raúl Castro and Díaz-Canel presided over the closing ceremony of the 20th ALBA-TCP Summit 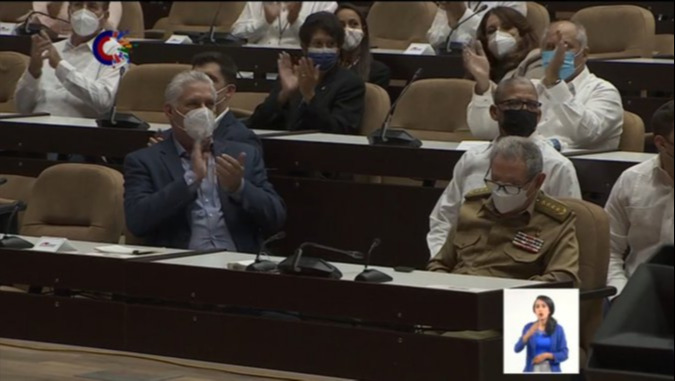 Other representatives of the countries that make up the Bolivarian Alliance for the Peoples of Our America-People's Trade Agreement (ALBA-TCP) also participated in the meeting, which took place Tuesday at the Palace of the Revolution to discuss key issues for the strengthening of the integration bloc, created 17 years ago.

In his closing remarks, Díaz-Canel stressed that during these years of complex trials due to the COVID-19 pandemic, the Alliance defended and maintained the spirit of brotherhood and defense of national sovereignty as a principle, and made itself felt with a burden of solidarity in the most challenging moments.

"This stage showed that supporting each other is not only necessary but also possible," he said, adding that the Member States can count on Cuba's hand of solidarity to continue with the collaboration programs.

The dignitary said that the achievement of Cuban scientists to reach the vaccines is at the service of the world and particularly of the peoples of the ALBA-TCP member countries.

For his part, the President of the Bolivarian Republic of Venezuela, Nicolás Maduro, praised the innovative capacity of this integration mechanism at different times to impact the lives of the people.

He also highlighted the political strength and experience to react to the new challenges of the post-COVID-19 pandemic.

The closing of the closing ceremony was in charge of the children's theater company 'La Colmenita', which presented a play inspired by the thoughts and actions of the historic leader of the Cuban Revolution, Fidel Castro Ruz.