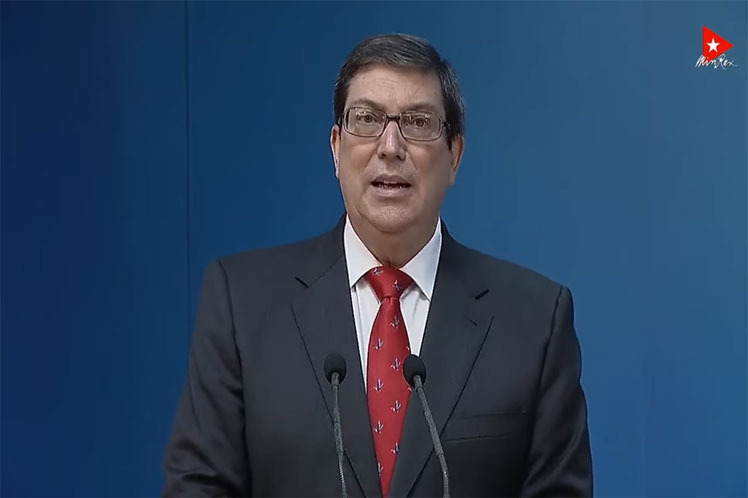 Havana, December 22 (RHC)-- The Cuban Foreign Ministry rejected the most recent statements by the U.S. government on alleged human trafficking on the island, an element used to justify the blockade against the Caribbean nation.

In a tweet, Foreign Affairs Minister Bruno Rodriguez assured that Washington's arguments on aid, human trafficking, terrorism, and human rights have no link with Cuba's performance.

"The U.S. pretends to justify with lies the measures of abuse and aggression against the Cuban population," he added on the social media network.

Washington announced Tuesday that it will not give non-humanitarian or non-trade-related assistance during the fiscal year 2022 and will vote against international loans in those items to Cuba and Nicaragua, among other countries, for not doing enough to combat human trafficking.

"In fact, Cuba has not received any aid from the U.S. for a long time. What it receives is a criminal and merciless economic war," wrote on Twitter, the director-general for the United States of the Caribbean island's Foreign Ministry, Carlos Fernández de Cossío.

In the official's opinion, "the curious thing is Washington attacks medical cooperation, for which Cuba enjoys the recognition of everyone who has a minimum of shame."

A report recently published by the island reveals that Cuba reinforced the prevention and confrontation of human trafficking and related crimes, despite the effects of Covid-19.

According to the document, the country insisted on its zero-tolerance policy to this scourge, and as part of prevention, institutions maintained training to increase risk perception.

These and other actions are described in the report entitled National Action Plan for the prevention and confrontation of human trafficking and the protection of victims (2017-2020), which was published on the official website Cubaminrex.