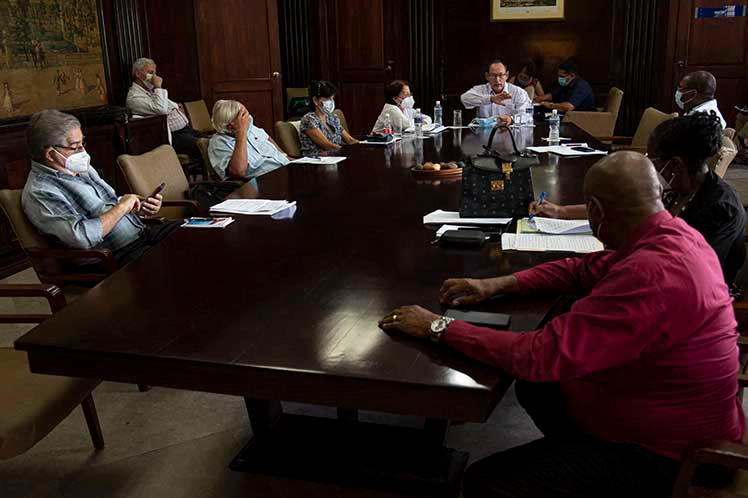 Havana, May 23 (RHC)--Cuban social actors and civil society organizations condemned the selectivity and double standards of the United States in excluding Cuba from the IX Summit of the Americas.

The participants in the 3rd Civil Society Forum, held in Havana's José Martí National Library on Monday, affirmed that such a decision is a sign of the discriminatory and anti-democratic policies of the organizers of this continental meeting that will take place from June 6 to 10 in the U.S. city of Los Angeles.

The Forum issued a declaration repudiating the refusal of the U.S. government to accept the registration and grant visas to social actors of the island who would participate in parallel forums to the hemispheric meeting in the Californian city, which will be held in virtual and face-to-face formats.

It also rejected the elaboration and adoption of an apocryphal Health and Resilience Plan, without the contribution of Cuba, despite the authority of this nation in this matter.

We demand that these summits have an inclusive, truly democratic format, in which the opinions of civil society representatives from all the countries can be heard on all the issues under discussion, the document stated in one of its points.

The participants also called for an end to Washington's economic blockade against the island, which, they said, essentially undermines the principle of equity and fairness of social policies and constitutes a massive, flagrant and systematic violation of the human rights of the entire population.

They also reaffirmed the decision to continue contributing to the construction of a sustainable, resilient, and equitable future in Cuba and the confidence of civil society organizations and social actors in the achievement of a better world.