Díaz-Canel meets members of the Bridges of Love project 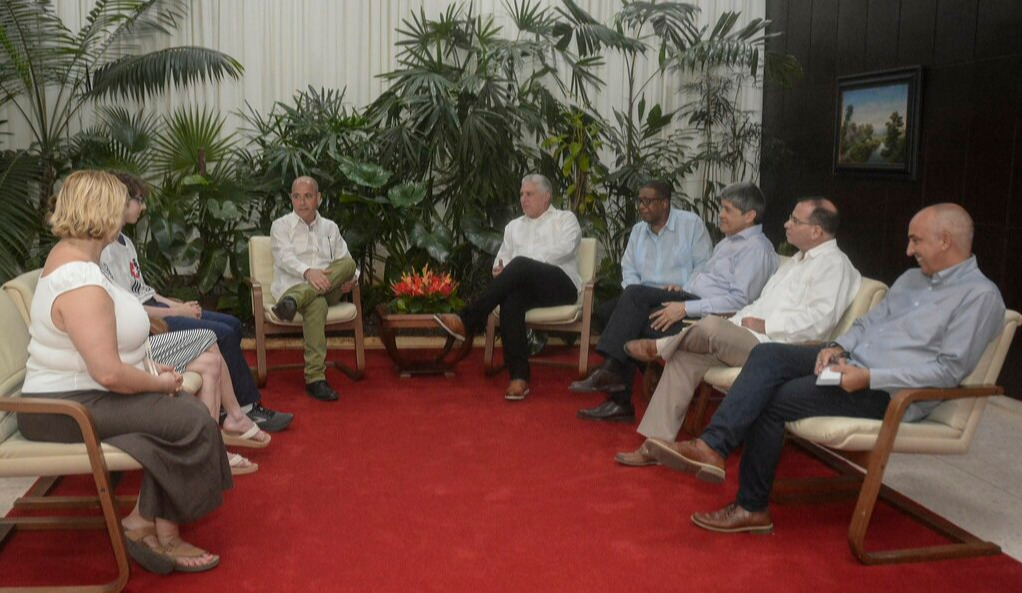 The meeting took place at the Palace of the Revolution in Havana.

The head of state told Lazo that what he is doing, "in addition to the contribution it means in aid, in solidarity, it is also an awakening of consciences."

For his part, the visitor assured that he and his project would continue working for peace, for love.

Lazo arrived in Havana last June 22, accompanied by a group of 40 students from the United States, along with some of their parents.

They brought a load of five thousand pounds of powdered milk from the organization's campaign to deliver to pediatric hospitals in Cuba, making this the third shipment for similar purposes.

In its previous visit, in January, the donation was 15 thousand pounds. In the first one in November 2021, 18 thousand were collected for children's daycare centers and homes for the elderly in the eastern provinces of Holguin, Granma, and Guantanamo.

The powered milk has been delivered to hospitals in Pinar del Río, Matanzas, and Havana this time.

Lazo, a resident of Seattle, said that this is a grain of sand in a sea of needs, "but we can help, and we will continue; no one can stop us," he assured.

His platform, Bridges of Love, is a very visible part of the network of solidarity with Cuba in the United States, with activities, projects, and demands for the Biden Administration's understanding and good neighborliness between the two countries, as well as the need to end the economic, commercial and financial blockade imposed for six decades by successive administrations of the White House.