Cuba reaffirms unrestricted support for the "One China" principle 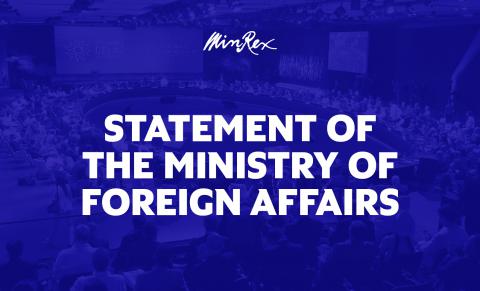 Havana, August 2 (RHC)-- The Ministry of Foreign Affairs of the Republic of Cuba issued a statement expressing its firm rejection of actions aimed at harming the territorial integrity and sovereignty of the People's Republic of China.

The text, published Tuesday on the Foreign Ministry's website, condemned interference in China's internal affairs and emphasized its concern over the increase in tensions and the aggravation of the situation around Taiwan due to aggressive policy and the high military presence of the United States and its allies in the Taiwan Strait, military contacts and systematic arms sales, actions that undermine regional and international peace and security.

Thus, Cuba reaffirmed its unrestricted adherence to the principle of "one China" and the recognition of Taiwan as an inalienable part of that country's territory.

The Declaration recalled The United Nations General Assembly, in its resolution 2758, adopted on October 25, 1971, recognized the Government of the People's Republic of China as the true and only legitimate representative of the Chinese people. Currently, it has diplomatic relations with 181 countries based on recognizing the "one China" principle.

The text states that the purposes and principles of the Charter of the United Nations and international law must be strictly observed without selectivity or double standards.

China's key role as a factor of international stability and balance and the importance of its cooperation with developing countries without political conditions cannot be ignored, it concluded.