Cubans to go to the polls for Family Code referendum 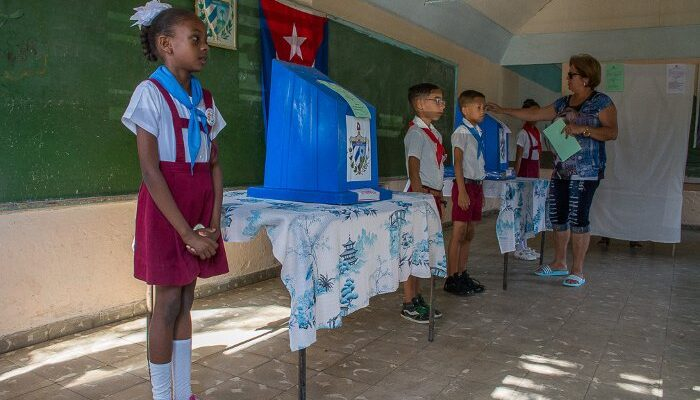 Havana, September 25 (RHC)-- As of 7:00 am this Sunday, the referendum that will define whether or not the new Family Code will go into effect began.

Some eight million Cubans are expected to vote in more than 23 thousand polling stations hosting the transcendental event, which few equivalents in other countries.

The president of the National Electoral Council (CEN), Alina Balseiro, informed that to guarantee the optimum development of this referendum authorities created all logistic conditions, and the electoral officers were trained.

Around 200 thousand people, more than 1,400 supervisors, and 28 thousand helpers will participate in the referendum process, which will take place until 6:00 pm.

Last Sunday, a dynamic test made it possible to adjust every detail and solve the problems detected, informed the president of the CEN.

In places such as hotels, bus and train terminals, and airports, 224 polling stations are available for those who are away from home so that they may exercise their right to vote on the Code of Families, also called by Cubans the Code of Affections, which protects everyone without exclusion, privileging the respect for human dignity.