Tropical Storm Ian will affect western Cuba as of Monday 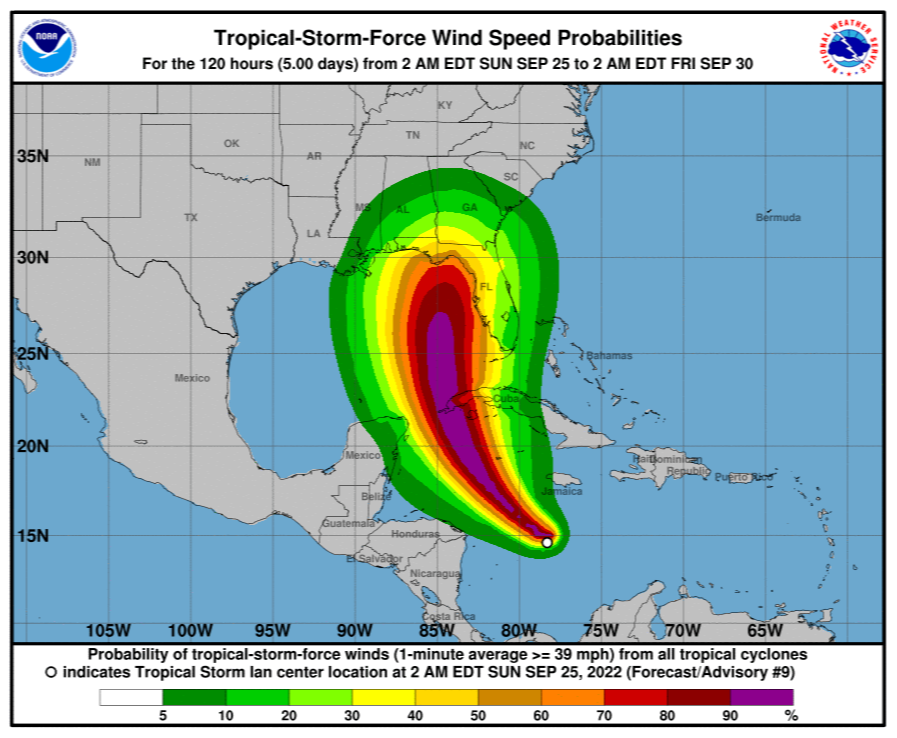 Havana, September 25 (RHC)-- The Forecast Center of the Institute of Meteorology is keeping a close watch on the evolution of tropical storm Ian due to the potential danger it represents for western Cuba, where it could cause winds, heavy rains, and coastal flooding in low-lying areas of the southern coast starting this Monday.

Tropical Storm Ian's trajectory models indicate that it will impact the western region of Cuba with great intensity from early Tuesday morning, according to a local television report.

Located at 15.0 degrees North latitude and 78.9 degrees West longitude, it moves to the west-northwest where the waters of the central Caribbean Sea are favorable for its strengthening.

Ian could become a major hurricane very close to Cuba, as the warm waters of the Caribbean and weak winds at high altitudes cause its intensity, said meteorologist Yesenia Arias.

The report of this day at 06:00 local time indicates that in the coming hours the tropical storm will begin to tilt its trajectory to the northwest with similar speed of translation, gaining rapidly in organization and intensity, with the possibility of reaching the category of hurricane this Sunday.