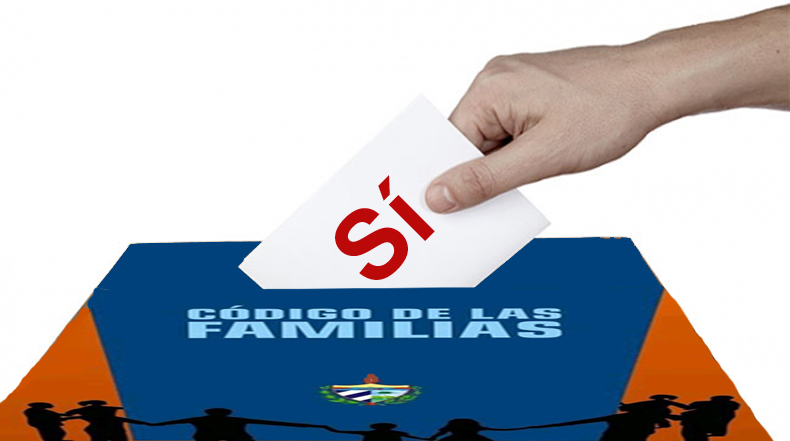 The people vote for a new Family Code.

Havana, Sep 26 (RHC) The Twitter account of the Cuban Presidency highlights Monday the celebration of the country's highest authorities after learning the results of the approval of the Code of Families, with 66.87 percent of the valid votes.

The Minister of Foreign Affairs, Bruno Rodriguez, mentioned on Twitter the bet of the people for "a revolutionary law" that drives us to the conquest of social justice, consolidated with daily work, "today we are a better country, with more rights".

Esteban Lazo, president of the National Assembly of People's Power, stated that the Code of Families, ratified by the majority of voters in a civic, democratic, and participatory act, symbolizes the triumph of love, affection, peace, inclusion, and social justice.

In his opinion, it represents a yes for Cuban families; he expressed his joy for the results and urged us to remain informed, prepare ourselves and adopt the necessary measures to face the effects of the meteorological phenomenon and the preservation of lives and material resources.

Roberto Morales Ojeda, a member of the Political Bureau, referred in his social networks that the referendum, held this Sunday, "was a genuine exercise of popular participation"; he alluded to the love and life transmitted in the legal instrument and referred that "Cuba, all our people, and socialist democracy have won".

Also, the National Coordinator of the Committees for the Defense of the Revolution (CDR), Gerardo Hernández, mentioned that the new law also protects those who voted no and, beforehand, reiterated the principles of justice, humanism, diversity, and rights contained in the text.

For his part, the Vice Prime Minister and Minister of Economy, Alejandro Gil, acknowledged the popular will in favor of this legislation, and the Center for International Policy Research described the ratification of this "Code of Affection" as a giant step towards the future.