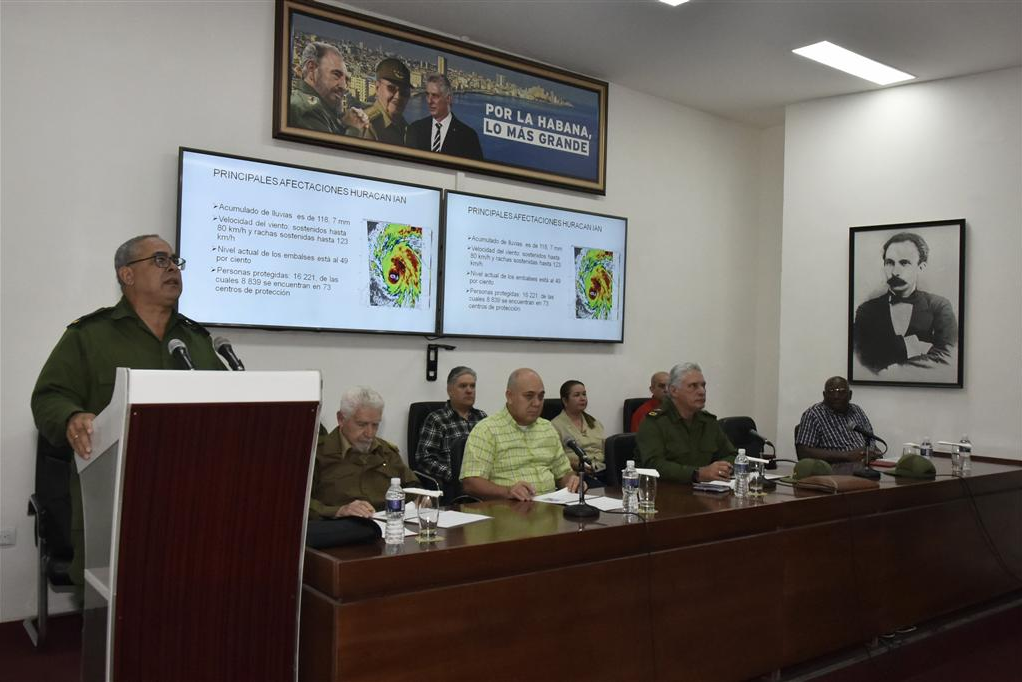 Havana, Sep 28 (RHC) Cuban President Miguel Díaz-Canel presided over a new meeting to analyze the progress of the country's recovery after Hurricane Ian affected the western part of Cuba.

According to a report by Noticiero Nacional de Televisión, the greatest damages in the territories directly affected by the meteorological phenomenon are in housing, electrical networks, and agriculture.

In Pinar del Río, the main tobacco producer in the country, between 90 and 95 percent of the 12 thousand tobacco houses were damaged, at a time when some 33 thousand tons of the leaf were being stored and producers were preparing to start planting for the next harvest.

In that province, the most affected by the hurricane, the greatest damage was also reported in housing and electrical circuits.