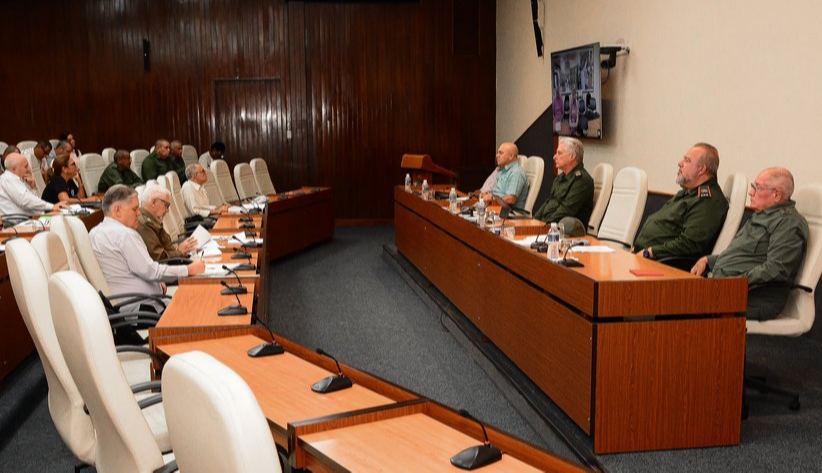 In his profile on the social network, the president acknowledged the role played by the specialized support forces and the people's participation in the repair of damages caused by the meteorological event, especially in the provinces of Artemisa and Pinar del Río.

According to information published on the official government website, this weekend a new voluntary work will take place for the restoration and rehabilitation of agriculture in the Vueltabajo area, with a serious impact on crops such as tobacco.

The call has been widely publicized by the provincial media and by political, mass and social organizations, and it was also mentioned in the meeting this Friday of the country's leadership to check the work aimed at repairing the damages caused in the five western territories affected by the passage of hurricane Ian.

Currently, more than 1,700 families remain in the evacuation centers of the territory, which reports a restitution of its electric service of more than 48% and progress is being made in the supply of energy from the National Electric System to several wells for water supply.

The number of damaged houses exceeds 101 thousand, almost half of them with damages to their roofs and around 12 thousand due to total landslides, and they are also preparing the planting of tobacco in the meadows, the revitalization of poultry and swine farms and of more than 600 hectares of various crops.