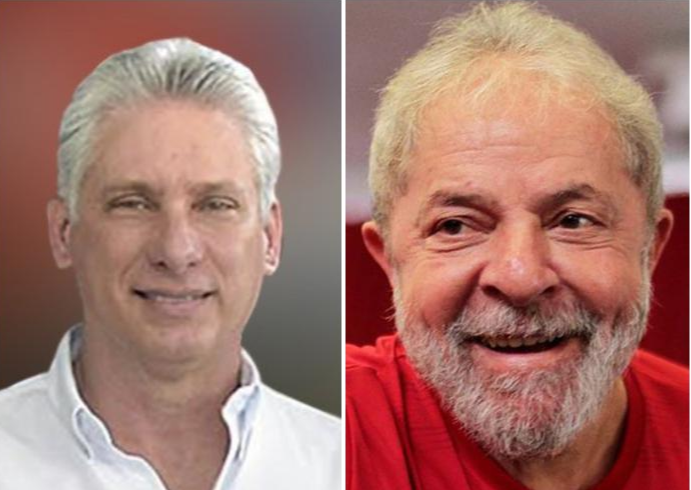 Díaz-Canel conveyed hugs from Army General Raúl Castro Ruz, as well as from the Cuban people and government. Photos are taken from the Granma newspaper

Havana, Oct 31 (RHC) Monday night, the first secretary of the Central Committee of the Communist Party of Cuba and president of the Republic, Miguel Díaz-Canel spoke on the phone with the newly elected president of Brazil, Luiz Inácio Lula da Silva.

The Cuban leader reported on his Twitter account that the dialogue took place with the excitement of the electoral victory of the candidate for the Workers' Party of Brazil.

During the conversation, he conveyed hugs from Army General Raúl Castro Ruz, as well as from the people and government of the Island.

"Your victory is for Brazil, Latin America, and the Caribbean, for integration and peace. Always count on Cuba," he said.

Luiz Inácio Lula da Silva was elected president of Brazil in the second round of elections held this Sunday, October 30.