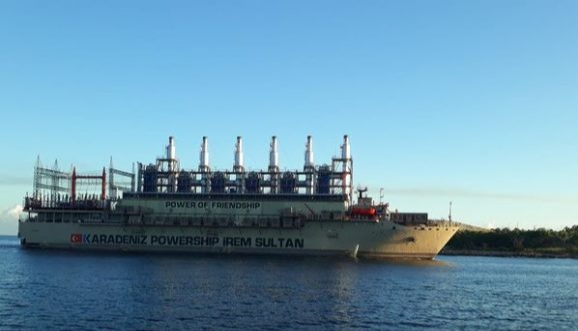 With the arrival of the equipment, there are now seven installations of this type in the national territory (Photo: Jesús Matos/Cubadebate).

Havana, Nov 15 (RHC) Cuba received on Tuesday a new floating power plant for electricity generation as part of the strategy to reduce service disruptions and recover power in the National Electric System (SEN).

Lázaro Guerra Hernández, technical director of the Unión Eléctrica, explained that the system of the Turkish company Karadeniz Holding, once synchronized to the National Electric System, will incorporate 110 megawatts (MW).

With the arrival of the equipment, there are now seven installations of this type in the national territory, joining others located in the Mariel and Havana bays.

Guerra Hernández declared that at this moment the works are being completed to safely incorporate the unit into the grid.

The power plant will first go to the Ñico López refinery to be supplied with fuel, then it will be transferred to the Asticar dock, where it will be located to dock and connect the electric line, he assured.

He added that a group of electrical protection adjustment works will also be carried out, as well as checks on the engines and generators.

With the arrival of this unit, it is intended to incorporate new capacities into the country's base generation, as well as to recover power in the thermoelectric power plants and in the distributed generation sites.

Built in 1984 by Fincantieri Marghera Shipyard in Venice, Italy, and christened MV Nikolay Markin, it sailed as a barge carrier under various names and flags until 2014 when it was converted to a motor vessel at Sedef Shipyard in Tuzla, Istanbul, Turkey. (Source: ACN)