Second Regulatory Talks on Trade and Commerce Between U.S. and Cuba End in Washington 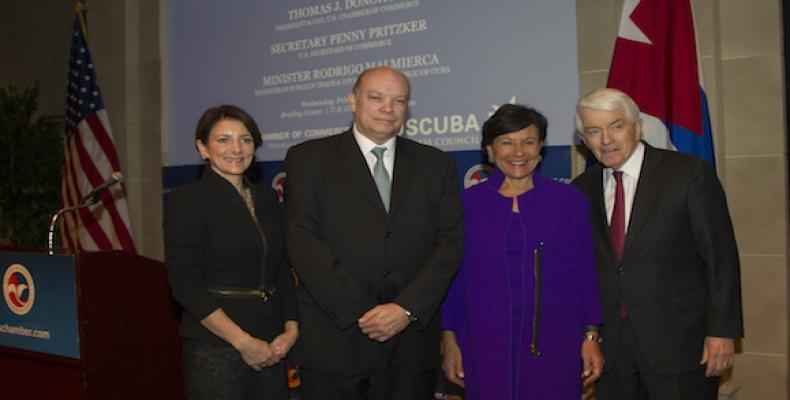 Washington, February 18 (RHC)-- Cuba and the United States have concluded their second regulatory dialogue in Washington, with expectations for commercial ties in the context of the current blockade against the Caribbean nation.

Delegations from the two governments met yesterday in Washington at the Department of Commerce to discuss the opportunities offered by three packages of executive measures announced by President Barack Obama to ease the blockade.

The first meeting, held in October in Havana, was attended by U.S. Secretary of Commerce Penny Pritzker and Cuban Minister of Foreign Trade and Foreign Investment Rodrigo Malmierca.