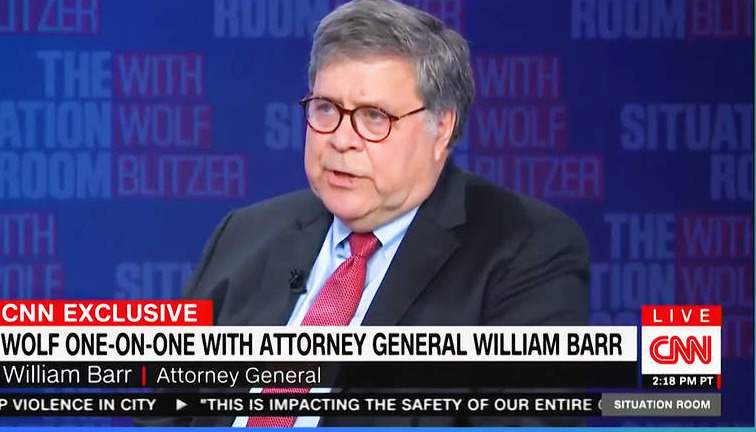 Washington, September 4 (RHC)-- Election officials throughout the United States are criticizing President Donald Trump for continuing to encourage supporters to vote twice in the upcoming election — once by mail and again in person — to test the system.

Massachusetts Secretary of State Maura Healey tweeted: “It is illegal to vote twice.  It is also easy to get caught.  That’s like paying your taxes with Monopoly money.”

However, Attorney General William Barr refused to criticize the president’s remarks during an interview with Wolf Blitzer on CNN.   The top law enforcement officer in the U.S. said: “He’s trying to make the point that the ability to monitor this system is not good.  And if it was so good, if you tried to vote a second time, you would be caught."

When CNN journalists Wolf Blitzer pointed out that voting twice is illegal, Barr said: “Well, I don’t know what the law in that particular state says.”