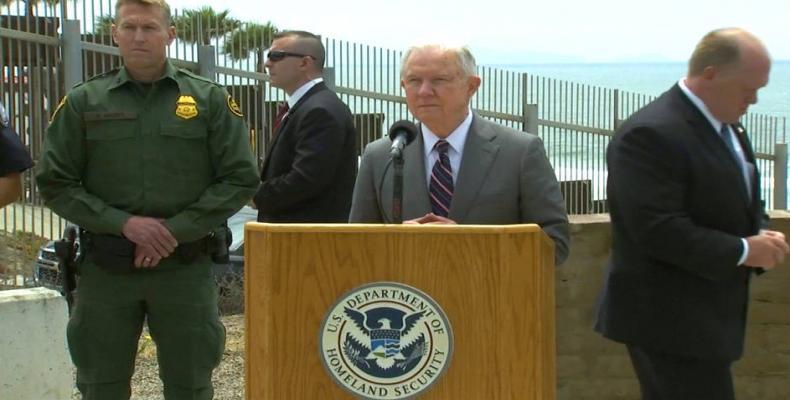 San Diego, June 11 (RHC)-- In the United States, a federal judge has ruled that an ACLU lawsuit challenging the Donald Trump administration’s policy of separating children from their undocumented immigrant parents may proceed.  U.S. District Judge Dana Sabraw dismissed a Trump administration challenge to the suit, saying that, if true, the conduct alleged in the suit is “brutal” and “offensive.”

The ruling came as U.S. Attorney General Jeff Sessions defended the Trump administration’s policy amid growing outrage over reports of Border Patrol and ICE agents ripping toddlers and even babies from the arms of their mothers.

During a recent interview, Sessions claimed that most of those taken from their families are not infants, but teenagers.  But according to the Florence Immigrant and Refugee Rights Project, infants as young as 53 weeks old have been brought to court hearings alone after they were forcibly separated from their parents by U.S. authorities.

Meanwhile, in Mexico City, parents who’ve been separated from their children in the United States gathered for a forum aimed at family reunifications.  Ana Laura López, a mother who’s unable to be with her children in the U.S., told reporters: “Deportations and deportees are more than just statistics and topics for current affairs.  We are human beings who went to the U.S. to work.  We fought to have a better life, and we are currently separated from our families.  What we want the most is for us to be with our children, for there to be a bit more sensitivity and humanity from authorities, as well as the broader society.”