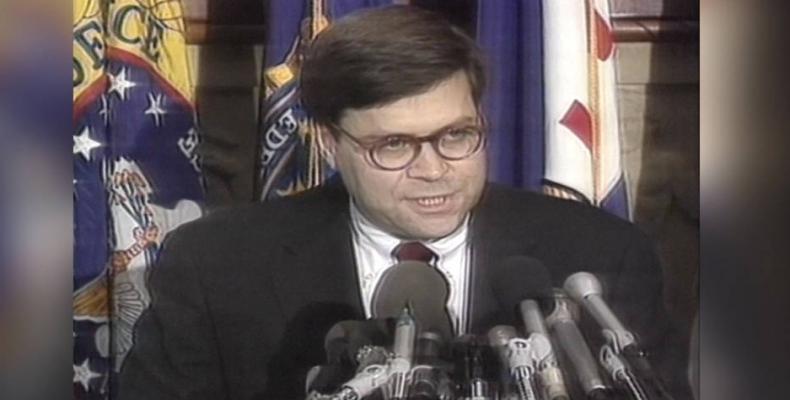 Washington, December 11 (RHC)-- U.S. President Donald Trump has nominated William Barr to be the next attorney general.  Barr previously served as attorney general under President George H.W. Bush in the early 1990s and is known for his expansive view of executive power.  If confirmed by the U.S. Senate, Barr will oversee Mueller’s investigation.

As Bush’s attorney general, Barr was involved in the pardon of six Reagan officials for the Iran-Contra scandal.  More recently, he has expressed sympathy for President Trump’s demand that Hillary Clinton be prosecuted over her use of a private e-mail server.

William Barr also supports former Attorney General Jeff Sessions’s positions on so-called religious freedom and his hardline stance on immigration.  In 1995, he wrote that the U.S. government should not be secular and should subsidize Catholic religious education and promote laws that “restrain sexual immorality.”