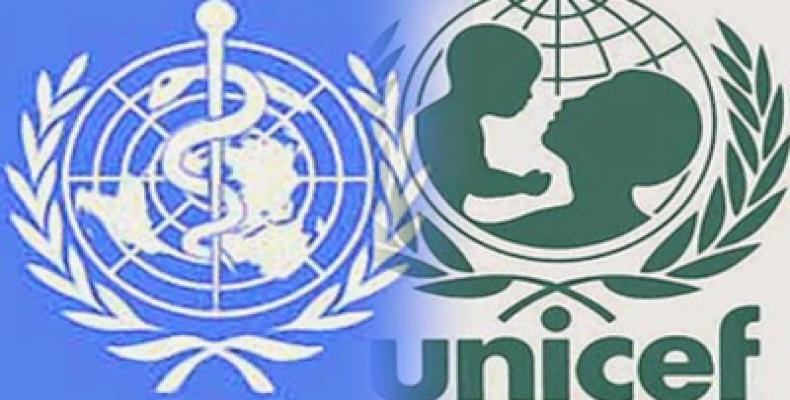 The World Health Organization and the United Nations Children's Fund, UNICEF, have just issued separate reports that show appalling figures of maternal and children mortality in the world, a scourge that, even if it shows a slight reduction, continues to punish the less developed nations.

The situation was painfully painted by the UNICEF Excecutive Director, Henrietta Fore, when she said that every child birth is usally a happy event in any family, but for many on Planet Earth today it becomes a tragedy that takes place every eleven seconds.

It is precisely every eleven seconds that a newborn or a mother dies in childbirth for reasons that are mostly perfectly avoidable, a fact that increases the disgraceful nature of those events.

Even if since the beginning of this century this tragedy has decreased somewhat, in today's world there's poverty, abandonment, widespread exclusion and the lack of political will of Governments, all of which are responsible for the deaths of two million 800 thousand mothers and newborns. These are mind numbing, apalling figures.

Every year, two point eight million mothers and newborns die during childbirth as a result of poverty and exclusion -- a terrible tragedy for humankind as a whole.

But on our planet not only the newborn and their mothers are in mortal danger. Please listen to these other figures. In twenty eighteen, six point two million children died within their first five years of age.

A single vaccine, costing just a few cents, would have in many cases made the difference between life and death. These terrible tragedies are an everyday event in a world where a bunch of people accumulate enormous resources, in a world of profound inequalities that men have not been able to overcome.

In Subsaharian Africa, one of the poorest regions in the world, which is additionally plagued by countless armed conflicts, the number of maternal deaths is fifty times those of developed nations and the newborn are at risk of dying ten times the rate of the newborn in developed countries.

But the fuel for these tragedies does not depend sometimes on money or resources but on the way societies are structured in their economic and political fields.

Cuba is an example of a small nation, with a modest economy and being victimized by an iron clad all encompasing blockade by the United

States, the most powerful empire in the world which watches like a hawk all transactions by Cuba in order to torpedo them, even if they are of a humanitarian nature such as protecting the health of the Cuban people.

In so far materal mortality is concerned, Cuba showed last year thirty eight point three fataklities for each one huhndred thousand live births, one of the best shows in the world.

These extraordinary achievements have been scored thanks to a huge collective effort, but especially by the will of the Cuban Revolution to place each one of its citizens at the center of all the best attention available and to make every effort to save lives, which is the one basic human right: that provides the basis for all the rest of those rights.