Cuba recorded an infant mortality rate of 4.9 during 2020 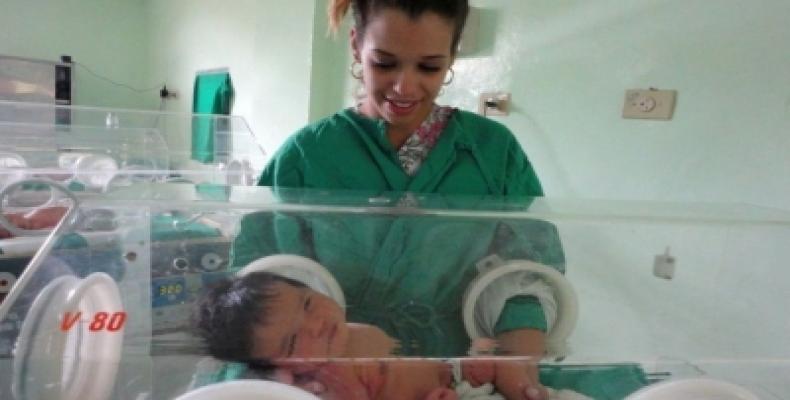 Havana, January 2 (RHC)-- Every beginning of the year, Cuba reports one of the lowest infant mortality rates in the continent, compared to those of developed countries. These figures reflect the Cuban State's political will and its health system to preserve the life of all pregnant women, postpartum women, and infants.

Granma newspaper reported on Saturday that at the end of 2020, a year that tested the health capacities of governments worldwide, the Ministry of Public Health informed that 105,030 children were born on the island, 4,686 less than the previous year. The nation recorded an infant mortality rate of 4.9 per 1,000 live births, 36 fewer deaths than the last year.

No deaths under one year of age were reported in 32 municipalities of the country, representing 19.05%.

The leading causes of death in children under one year of age were due to premature birth and retarded uterine growth. In the rest of the pediatric ages, they were associated with malignant tumors, accidents, and congenital anomalies.

Despite the country's and the world's epidemiological situation, Cuba closed the year without reporting maternal or infant deaths due to COVID-19. During the pandemic confrontation, the sanitary protocols included, from the first moment, health authorities guaranteed the attention and the essential services to the pregnant women, puerperal and pediatric patients in a differentiated way not to avoid a reversal of achievements of the Program of Maternal and Infantile Attention.