Bolsonaro: The most inefficient president 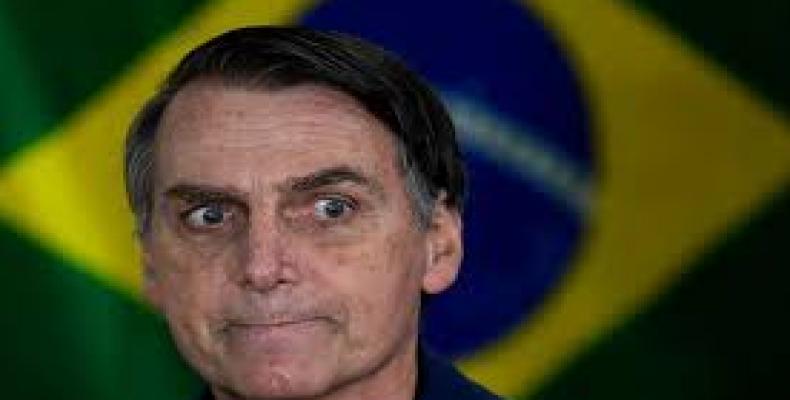 Brazilian head of state, Jair Bolsonaro, has been described as the most inefficient president on the planet when it comes to the proper handling of the crisis caused by the coronavirus, which could create a catastrophe in that South American country due to the lack of a substantial program to contain it.

This rating was ascribed to Bolsonaro by the American consultant Eurasia Group, given his decisions that range from ignorance to irrationality.

Bolsonaro stated, for instance, that COVID-19 is a simple flu, which reveals that he’s not aware of what is happening in the world today.  If he even bothered to look at the news, he would realize that this "simple flu" has killed almost 16 thousand people and infected more than 400 thousand.

Yet another illustration of his inefficiency was the issuance of a measure authorizing employers to suspend their workers for a four month period without paying them any wages.

According to the president, this measure will be accepted through an agreement between the two parties, albeit everyone knows that when employers seek a "agreement" with workers, they state a simple condition: you either accept or you are fired.

This regulation caused such a negative reaction that even representatives from the conservative wing rejected the decree.  Rodrigo Maia, right-wing legislator and president of the Chamber of Deputies, simply sent the plan back to the president.  After being targeted by waves of criticism, Bolsonaro withdrew his proposal, aimed at protecting his business friends.  However, once again he refused to declare a quarantine in Brazil.

Nothing seems to change his mind concerning this subject.  Not even what is happening in the country governed by his best friend, idol and mentor Donald Trump, in whose country the crisis is hitting even more forcefully.  Clearly the inaction to face the virus in the United States is showing atrocious results. Overnight, 52,000 cases were detected throughout the country, and only on Monday and Tuesday 4,700 new cases emerged in New York alone.

None of these figures affect the Brazilian president, who is demonstrating that in matters of stubbornness and poor practices, he is capable of surpassing Donald Trump and leading his country into disaster.