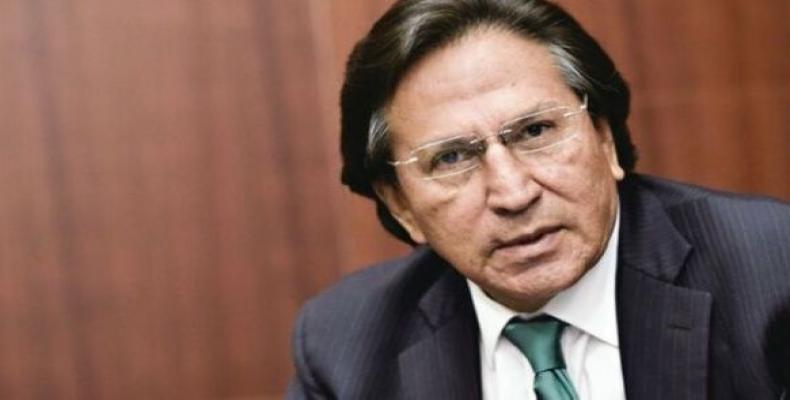 In July, California State judge, Thomas Hixson who is presiding over the international case, declined to set bail for Toledo, accepting prosecutors’ argument that the Peruvian was a flight risk, given that he was in possession of $40,000 in cash at the time of his arrest.

During the hearing, however, the judge said he feared that continuing to deny bail to Toledo could mean “solitary confinement for a number of years.”  Accordingly, Hixson postponed a decision on Toledo’s bail application for two weeks and told prosecutors to look into alternatives to holding the prisoner in isolation.

Peru submitted the extradition request to Washington in May 2018 after a judge in Lima found evidence that Toledo received $20 million U$D in bribes from Brazilian construction giant Odebrecht in exchange for awarding the company a lucrative highway contract during his 2001-2006 presidential term.

The charges against Toledo arise from an investigation spurred by a massive settlement that Odebrecht and its petrochemical unit, Braskem, reached in December 2016 with authorities in the United States, Brazil and Switzerland.

The companies pleaded guilty and agreed to pay at least $3.5 billion U$D to resolve charges arising out of bid-rigging schemes that began as early as 2001 and involved the payment of hundreds of millions of dollars in bribes to officials in more than a dozen countries.

Toledo is just one of the former Peruvian presidents who were caught up in the Odebrecht scandal.  Alan Garcia, Ollanta Humala and Pedro Pablo Kuczynski were also indicted on taking bribes from the mega-construction company.

Garcia shot himself when police came to his home on April 16 to take him into custody on Odebrecht-related charges.  The former president later died from his self-inflicted gun shot wound.

In May, Humala and his wife were charged with money laundering and receiving illegal campaign contributions from Odebrecht.  Political figure Keiko Fujimori has been in preventative detention since last November under similar charges also related to Odebrecht.

Kuczynski, who served in Toledo’s administration, resigned the presidency in March 2018 over allegations he lied to Congress about more than $782,000 that a financial-consulting business he owned, Miami-based Westfield Capital Ltd., received between 2004 and 2007 from Odebrecht.