The infantile disorder of the Left 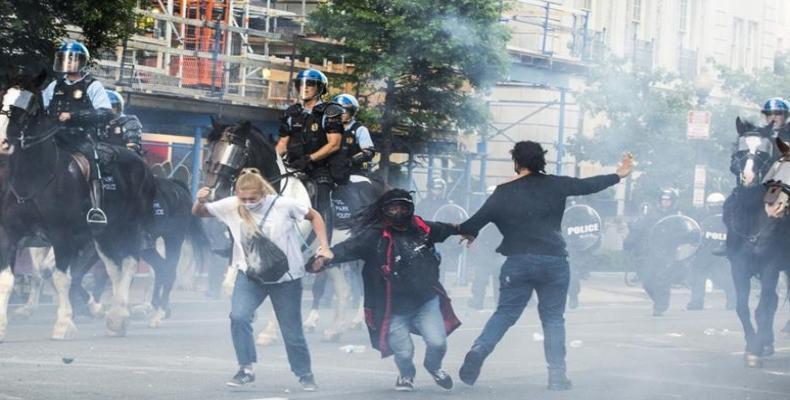 The infantile disorder of the Left

In April 1920, two and one-half years after the taking of power by the Bolshevik Party, V.I. Lenin wrote a pamphlet entitled the “infantile disorder” of “‘Left-Wing’ Communism,” with “Left-Wing” in quotes, implying so-called Left Wing. Lenin wrote: “The surest way of discrediting a new political (and not only political) idea, and to cause it harm, is, under pretext of defending it, to reduce it to an absurdity. And every truth, if it be carried to excess, if it be exaggerated, if it be carried beyond the limits of actual application, can be reduced to an absurdity.” Lenin described the disorder as a radical extremism not based on participation in a real revolution, in the study of the history of revolutions, or in objective analysis of existing national and world conditions; and as an idealism that projects a future society that could not possibly develop from existing conditions.

Lenin focused on one manifestation of such extreme radicalism, namely, opposition to the formation of political parties. Invoking the slogan “down with leaders,” this extreme radicalism implied an opposition to leadership itself. Lenin maintained that to give up on political parties is to disarm the working class before the centralized power of the capitalist class. It would result in the demoralization and corruption of the people, causing then to lapse into individualism, a lack of integrity, and alternating moods of exhilaration and dejection. He maintained that in the face of the centralized power of the capitalist class, a disciplined, centralized yet democratic party of the working class is necessary. The party would be democratic, in that all members, in regular local, weekly meetings, would express their views with respect to concepts and strategies; but when the party leadership ultimately adopts a position, the members accept it as the position of the party. For example, if the leadership calls for a non-violent demonstration, the members ought to be disciplined in adhering to the non-violent strategy, and also ought to explain to non-party members the non-violent tactic of the party in the particular situation.

Lenin conceived of the party as a structure for the organization and education of the workers, including the disciplined study of history and current affairs, analyzed from a revolutionary perspective. In Lenin’s time, the tendency was to think of the party as composed as the most disciplined and committed of the workers. But as vanguard revolutionary parties were developed in practice in the Third World plus China, they were composed of the most committed and disciplined of the people, from all popular sectors, and not merely workers. These evolutionary changes developed in practice were introduced in an indirect form by Mao Zedong and Ho Chi Minh, and more explicitly by Fidel Castro.

In his critique of extreme radicalism, Lenin maintained that one must master the art of politics in order to advance the revolution. He called on the communist parties in the various nations to participate in the elections for parliament, which would provide a platform for the education of the people, where the party leaders could reach beyond the party’s membership. The first goal should be to focus on winning the elections in favorable districts. In the context of the United States today, districts with high percentages of blacks and Latinos or with a tradition of progressive politics. Party leaders that are elected to Congress, although few in number, would demonstrate responsible leadership, educating the people. The few Congresspersons from the party would form alliances with the major parties with respect to particular issues and legislative projects, in order to demonstrate in practice the positions of the party on various issues, and to demonstrate to the people that the party understands the art of politics, and that it is sensitive to the concrete needs of the people, even as it demonstrates that it possesses mature historical consciousness and a vision of a different direction for the future of the nation and the international community. The Congresspersons would be spokespersons for the party, with emphasis on the education of the people, speaking in all of the places where the people are found, exhorting them to disciplined study and to a commitment to that possible and necessary more just, democratic, and sustainable world.

Among the Left in the United States, there exists a disdain for the forming of an alternative political party, much less a centralized vanguard political party that Lenin considered necessary for revolutionary transformation. In the first place, there is disdain for the taking of political power, believing that power corrupts; when in fact, in revolutionary situations, the taking of political power by the leaders of the people increases their commitment to the people, because, having challenged powerful interests, their survival depends on the continued support of the people. The Left in the United States sees its role as speaking truth to power, as at most applying pressure on power with respect to certain measures; not as taking power in the name of the people and governing in accordance with popular needs and interests. In the second place, there is an emphasis on a form of localism that does not see that local initiatives most flourish when supported and nurtured by national power.

The consequences of the immature consciousness of the Left are evident in the protests over the heartless killing of George Floyd. Spontaneous popular outrage is present, but leadership is not, the kind of leadership that a vanguard political party ought to provide. What has unfolded in recent days is a largely spontaneous, leaderless movement protesting police violence. The organizers of the protests are reporting that as a result of the decentralized character of the protests, no leader or organization has the capacity to tell the protesters what they ought to do, and some have arrived with the intention of looting and setting fires. There are reports of white activists, both of the Left and the Right, exploiting this lack of direction to incite violence in order to discredit the protest in pursuit of their own particular agenda.

Some of the young protesters, black and white, without leaders to guide them, believe that the violence will force the world to pay attention and address the problem of police violence. Against this naïve view of the political effectiveness of looting and burning, The New York Times opinion columnist Ross Douthat argues that the recent history of the United States shows that crime, unrest, and social disorder provoke a regressive reaction among many whites. He maintains that popular manifestations of violence in the 1960s led to the electoral victory of Richard Nixon over the liberal Democrat Hubert Humphrey in 1968; and that rioting in 2015 contributed to the election of Donald Trump. He writes that “most spasms of robbery or arson aren’t the revolution but often a ritual reaffirmation of the status quo — a period of misrule that doesn’t try to establish an alternative order or permanently change any hierarchies, as a true revolution would.”

The incapacity of the movement against police violence to contain the spontaneous popular impulse to violence reveals its weaknesses. There is an absence of true popular leadership, that is based in an understanding of the sources of the problems of the nation, explaining the necessary alternative direction to the people. As one demonstrator declared, “The people turn to violence because they do not know what else to do.” The people lack guidance and true leadership.

The extremist groups of the Right and the Left invariably will attempt to subvert a sustained process of progressive social change. But a unified movement with politically intelligent leadership would be more able to contain this threat. In the absence of centralized leadership, the movement is easily disrupted by those who want to destroy rather than to build.

We who are citizens of the United States need to reflect together on how to create that alternative vanguard political party that our nation needs.