Notes for an agenda (X) 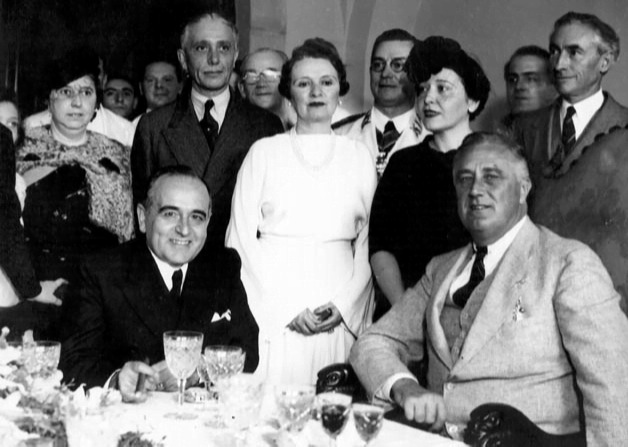 During the long history of aggressions that the United States has maintained against numerous countries in Latin America and the Caribbean, there was a brief truce motivated by the need of the northern power to survive, as well as to improve its battered relations with the south of the continent.

This pause occurred in 1933, in the midst of the recession that brought the U.S. economy to its knees, and with it the political class that governs that country, which alternates between Democratic and Republican garb, but which in essence has always been, and will always be, the same thing.

I am talking about the so-called "Good Neighbor Policy", declared by then President Franklin D. Roosevelt, which supposedly put an end to the postulates of the Monroe Doctrine, of America for the Americans, which included the possibility of military intervention in our region.

In reality what Roosevelt, who should not be confused with his distant cousin Thedore, who governed that country between 1901 and 1909, intended to do was to execute a maneuver in the style of the Gatopardo, something I have mentioned several times in previous comments.

With the economy on the floor, the idea was to maintain hegemony over our region, changing the method a bit, but that's as far as it went.

For example, the Platt Amendment, which limited Cuba's sovereignty, was eliminated, but the Guantanamo naval base was maintained, an enclave that exists to this day against the will of this people.

The Marines were withdrawn from Nicaragua, although all the conditions were created for the assassination of Augusto Sandino, the National Hero who made life impossible for them, as well as for Anastasio Somoza García to begin his long and bloody dictatorship in 1936 after a coup d'état.

Washington reaped the fruits of the Good Neighbor policy in World War II, when all the countries of the continent declared themselves neutral or allied with the White House. Brazil, for example, gave them the use of the bases located in Natal, to attack targets in Africa from there.

The end of this prolonged and bloody conflict was also the end of good neighborliness. The United States emerged as a great power, the Great Depression was a thing of the past, it had demonstrated the use of the atomic bomb against Japanese civilians and no longer needed to show a friendly face.

Thus, the Great Bludgeon announced by Theodore Roosevelt in 1901 was once again unsheathed, the nice treatment was over, and the cycle of interventions, political, military and otherwise, that populated the second half of the twentieth century recommenced.