Cuba and Algeria united by ties of brotherhood 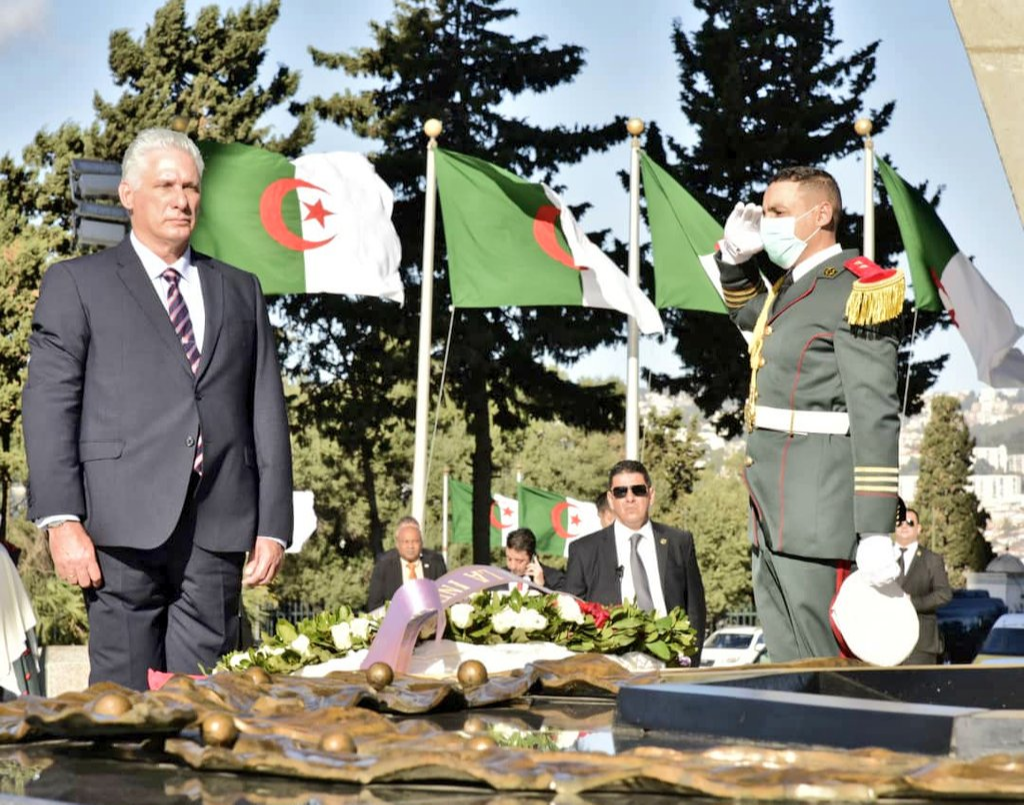 Algeria is one of the nations included in the tour that President Miguel Diaz Canel is making through Asia, Africa and Europe.   Cuba has maintained excellent historic relations with Algeria, marked by friendship and cooperation.  Algeria is also Cuba's main trading partner on the African continent.

Algeria is one of the nations included in the tour that President Miguel Diaz Canel is making through Asia, Africa and Europe.   Cuba has maintained excellent historic relations with Algeria, marked by friendship and cooperation.  Algeria is also Cuba's main trading partner on the African continent.

To that nation, where Díaz Canel arrived in the last few hours, we are united by sixty years of true ties of brotherhood.  In September 1960, before the UN General Assembly, the historic leader of the Cuban Revolution, Fidel Castro, made clear our country's support for the Algerian people's right to independence.

In 1963, one year after the proclamation of Algeria's independence from France, the decisive Cuban support to public health began with the arrival of a group of doctors, marking the beginning of this cooperation in the world.

A collaboration that has been maintained and consolidated over time. At present, some 900 collaborators from the Greater of the Antilles are working in southern Algeria to help improve health indicators.

Likewise, in February this year, both nations signed a memorandum for the production of medicines, given the existing potentialities.

Havana and Algiers are also working to strengthen economic, trade and investment cooperation. In that way, the archipelago participated in the 21st International Tourism and Travel Show in Algeria, which took place from late September to early October.

Equally significant has been the attendance of the African state to the Havana International Fair, which precisely now in its 38th edition takes place in the Cuban capital.

In 2018, the Algerian-Cuban Committee was established, a mechanism considered valuable by both parties to intensify and expand bilateral trade to other areas, in addition to those already existing in the health, hydraulic and hydrocarbon sectors.

In the cultural field, there is a sustained exchange.  Algeria was the guest of honor at the 28th Havana International Book Fair, which took place in 2019, while the Caribbean nation has participated in events of this nature on Algerian soil.

The visit of the Cuban leader will give a new boost to the already excellent relations with Algeria, a country that has always stood by Cuba in its fight against the blockade imposed by the United States for six decades.

Turkey, Russia and China are the other nations that Díaz Canel will visit during his trip, which he described as intense and during which he will address essential issues for the Caribbean country, related to the efforts to alleviate the effects of the post-pandemic crisis that overwhelms the world, and which in the case of Cuba is multiplied by the genocidal U.S. blockade.