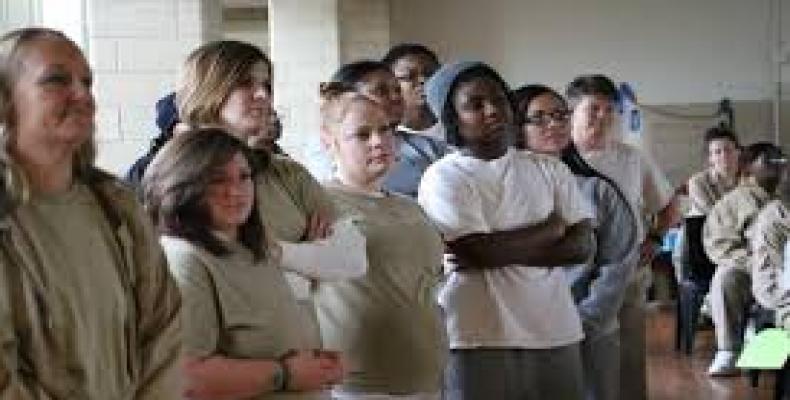 It was on this day in 1960 that the three Mirabal sisters, political activists in the Dominican Republic, were brutally assassinated on the orders of the then Dominican dictator Rafael Trujillo.

Since 1981 Women's activists have marked 25 November as a day against violence.

In 1999 the UN General Assembly designated 25 November as the International Day for the Elimination of Violence against Women, inviting governments, international organizations and NGOs to organize activities designed to raise public awareness of the issue on that day.

Within this context a recently published report by the Prison Policy Initiative in the US has brought to light that the growth of the women's prison population has nearly tripled since 1990, and the population accounts for nearly 30% of the world's incarcerated women.

The report analyzes how punitive the United States is toward women, and how each state is different from each other on policies of incarcerating women, and how the US compare to other countries.

When we look outside of the United States, even some of the more progressive states in the US are some of the harshest jailers of women in the world.

What, then, are some of the challenges women face in prison that current prison policy doesn't address in the US? It is hard to say because of the lack of data, even invisibility around what is a crisis of incarcerating women and especially women of color.

We know that women are facing sexual assault, denial of medical care, and denial of reproductive care. There are reports of women in the Los Angeles jail system having abortions, and being denied medical care during that process.

There's been a whole movement in California to stop the forced sterilization of women that has a long history in that state.

Women have, for a myriad of reasons, have a huge caretaker role in all societies. In order to maintain a healthy society women's incarceration needs to be looked at very carefully and it cannot be left shrouded in ignorance akin to night and fog!