Diaz-Canel: Our only vaccine right now against COVID-19 transmission is discipline, cooperation, and solidarity 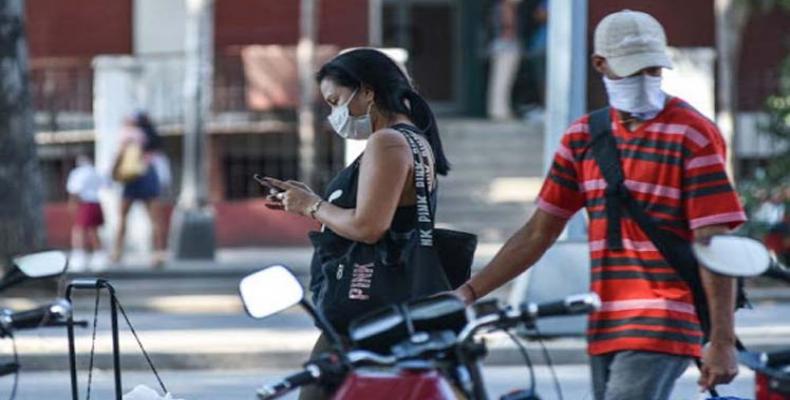 Cuban president Miguel Diaz-Canel called Tuesday for rigorous action to eliminate manifestations of social indiscipline that still prevail, as the country has now entered stage 2 of the COVID-19 transmission.

At Tuesday’s meeting to evaluate the implementation of measures contained in the national confrontation plan against the pandemic, Diaz-Canel stressed that people’s active participation will make the difference in the fight to prevent any further spread of the disease in the country.

“I know that there are some out there, who believe that a vaccine will emerge any time now and that it will be the solution to all our problems. Let me tell you that our best and only vaccine right now is social discipline, cooperation and solidarity. That’s the vaccine that could lead us now to success in the fight against this pandemic,” he said.

Upon stressing that community infection in the country is limited to small areas, minister Portal Miranda pointed to a series of planned measures for the current stage, some of which have already been implemented across the country. These include hospitalization of suspected cases and the isolation of their contacts in temporary facilities equipped and staffed accordingly, as well as a significant increase in daily sample testing.

The top Cuban health official pointed to other measures such as the implementation of quarantines in certain areas, given the high incidence of the disease in those territories, expanding laboratory capacity and hospital beds, particularly in intensive care units, and continued efforts toward raising people’s risk awareness and perception.

Addressing those present, Cuban Prime Minister Manuel Marrero Cruz pointed to a larger package of measures, among them the suspension of sales of alcoholic beverages at public and private bars and restaurants, which will only provide takeaway food services.

Regarding people’s movement, Prime Minister Marrero Cruz said that authorities with the Ministry of Transport and the civil defense councils in each territory are looking at ways to avoid large concentrations of public transport users, by limiting the number of passengers per bus.

Likewise, the Cuban prime minister urged local authorities in each territory to identify and temporarily suspend all non-essential work activities.

President Diaz-Canel took the opportunity to urge people to not let themselves get carried away by misinformation campaigns and panic generated by fake news on COVID-19 in social networks. He said that those malicious campaigns seek to generate uncertainty and confusion among social media users.

The Cuban head of state stressed that Cuba has a strong, well-articulated public media and social communication network, operated by skilled professionals who have fully demonstrated their devotion to truth and their strong commitment to informing the people, thus contributing to ease their coronavirus anxiety.

President Miguel Diaz-Canel underscored that the Cuban government and the country’s health authorities are fulfilling their responsibility to provide, through Cuban media and social networks, accurate, timely information about COVID-19 transmission and confrontation in Cuba and around the world with total transparency.