Díaz-Canel: Cuba will obtain a vaccine against Covid-19 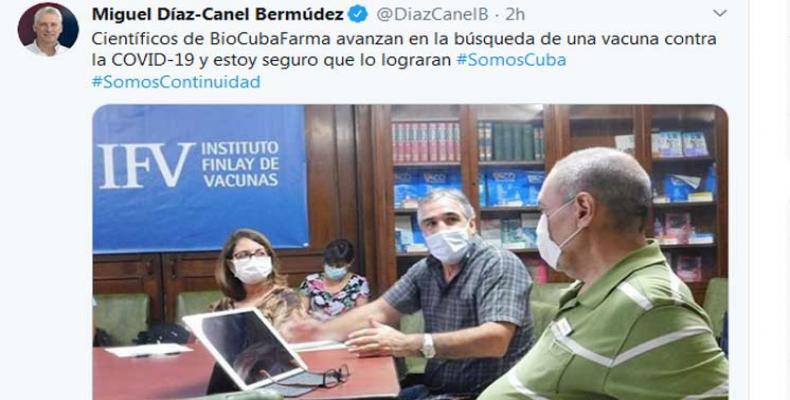 On Twitter, the Cuban president wrote that some researchers and scientists are progressing in the search for a vaccine to halt the disease.

'... I'm pretty sure they will succeed,' Díaz-Canel said.

Eduardo Martínez, BioCubaFarma director, wrote on Twitter 'Obtaining an effective vaccine against Covid-19 is a top priority for our entire science and innovation system at BioCubaFarma. We have seen how the Carlos J. Finlay Research Institute is quickly and firmly progressing in this project.'

Eduardo Martínez also said they would fulfill each step required for a project of this kind.

Cuba has been experiencing a rebound of the disease since late July, which has led to the tightening of social isolation measures in Havana and Artemisa.