The love of a Paraguayan woman for Cuba 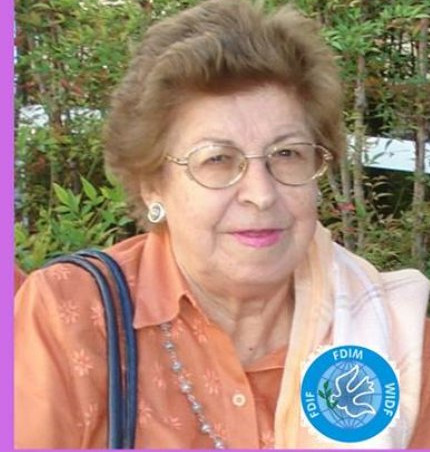 Ligia Prieto de Centurión, an outstanding woman committed to promoting solidarity with Cuba, died this March 16th in Paraguay.  Word of her passing had a great impact on the Radio Habana Cuba staff.

Ligia's death news came from Paraguayan María Céspedes, who worked for many years at Radio Habana Cuba broadcasting in the Guaraní language.  Maria is now retired and lives here in Havana.  It was Maria who promoted Ligia's fraternal and supportive ties with Cuba.

Ligia Prieto, who passed away at the age of 95, first traveled to Havana in 1985 when asked by Vilma Espín to participate in a Congress of the Federation of Cuban Women and, five years later, she created in Paraguay an organization to support the Cuban Revolution.

During her long career advocating for women, human rights and freedom in her country, Ligia created and presided over the Paraguayan Committee for the Liberation of the Cuban Five, who were unjustly imprisoned in the United States.

The came to Cuba for the last time 10 years ago, to celebrate the 85th birthday of Comandante en Jefe Fidel Castro, and also participated in an event held at the headquarters of the Cuban Institute of Friendship with the Peoples, ICAP.   She was awarded with a distinction from Kenia Serrano, the president of ICAP at the time.

The Medal for the Bicentennial of the Republic of Paraguay, presented to Radio Habana Cuba by Ligia Prieto, is among the many good memories that our radio station will always treasure.

Ligia Prieto, former congresswoman and founder of the Paraguayan Women's Union, felt honored to belong to and be the daughter of a nation that had José Martí, the Apostle of the independence of Cuba, as Consul.

She will never be forgotten by the Cuban people.