Heavy Flooding Kills Over 300 in Eastern and Central India 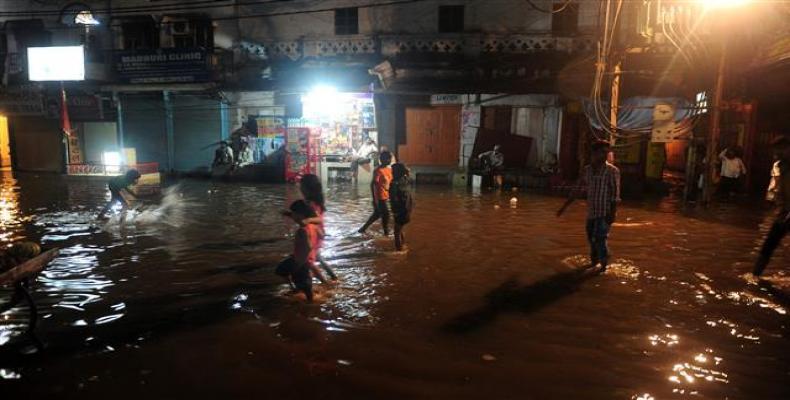 New Delhi, August 24 (RHC)-- Over 300 people have died in eastern and central India as severe flooding is destroying villages, crops, and roads.  According to government officials on Tuesday, the floods, the result of heavy monsoon rains, have affected over six million people, many of whom have relocated to relief camps.

India's National Disaster Response Forces (NDRF) has been deployed to the flood-hit states and has rescued over 33,000 people stranded in remote villages.  Schools were closed in Uttar Pradesh, where 43 people were killed as both the water levels in Ganges and Yamuna rivers continue to rise.

Some 70 people also died in Madhya Pradesh since the beginning of the floods, and over 40,000 homes have been rendered inhabitable.  Floods triggered by heavy rains during the monsoon seasons claim scores of lives every year in India.