National Fine Arts Award for 2017 to Be Presented Today 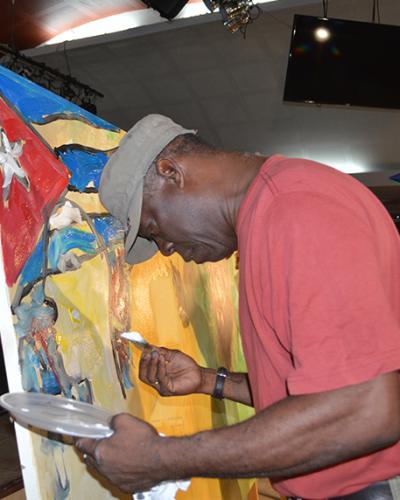 Renowned Cuban painter, Eduardo Roca ‘Choco’, will be presented with the National Fine Arts Award Tuesday, December 26th, at the Fine Arts Museum, in recognition of his contribution to the development of visual arts in the Caribbean country. The artist has a B.A in Art History from the University of Havana and has developed an important work as a professor in art institutions in Cuba and Spain.

Choco’s pieces can be found in museums and galleries from all over the world, including Cuba’s Fine Arts Museum; the Museum of Africa in Chicago in the US; Museo de la Estampa in Mexico; the Museum of Kochi in Japan; the Miró Foundation in Palma de Mallorca, Spain; and in Swedish institutions.

Choco has received important national and international awards, such as the Engraving Prize at the Youth National Fine Arts Salon in Havana in 1977; the Medal of Honor at the Graphics Salon in Bulgaria in 1981 and the Grand Prix at the Engraving Institute Triennial in Japan in 1999. Other decorations include the National Culture Order in 1995 and the First Prize at the Kochi Engraving Biennial in Japan in 2000. The National Fine Arts Award is granted by the Cuban Writers and Artists Association’s Fine Arts Council and the Ministry of Culture.