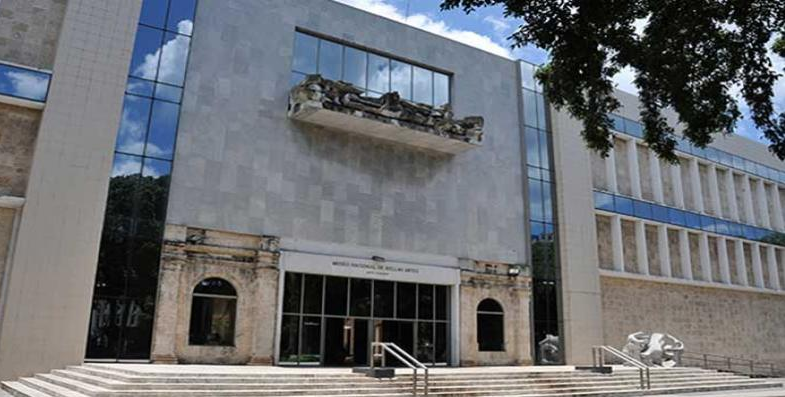 The release of the album is part of the program of activities for the Month of Tango in Havana.

Havana, September 9 (RHC)-- The National Museum of Fine Arts is hosting the presentation of the phonogram Cuba desde el Sur, a project directed by Helson Hernandez that combines musical themes from the Caribbean nation and Argentina.

According to the cultural institution, the launching of the album is part of the program of actions for the Month of Tango in Havana and will be presented to the public in the form of a recital, with artists from both nations.

According to Hernandez, the Argentine duo will star in several presentations in the country, which are sponsored by the Ministry of Culture of Cuba, the Embassy of Argentina in Havana and the Performing Arts Council of Matanzas.

The Bellas Artes will open its doors to the first day of recitals, while on the 13th they will repeat their performance at the Sauto Theater in the province of Matanzas, along with soprano Barbara Llanes and dancer Jean Marco Monclous, from the group Danza Espiral.

The plaque deals with Cuban music through the work of iconic composers of the largest of the Antilles, such as Pablo Milanés, Silvio Rodríguez, Santiago Feliú, Ñico Rojas, Gisela Hernández, Juan Pichardo and Rodrigo Prats.

During their stay in Havana, the creators will pay tribute to musician Astor Piazzolla on the 14th with a concert at the Basílica Menor del Convento de San Francisco de Asís, in the company of Anaís Abreu, Gretel Cazón, Anabel López, Pilar Pousada and actor Jorge Luis de Cabo.

As part of the tango day celebrations, the Tanguearte event will also take place from September 8 to 11 to pay tribute to Carlos Gardel and the city's historian Eusebio Leal, on the 80th anniversary of his birth.

Dance and visual arts stand out among the proposals with presentations by dance companies and exhibitions of posters, photographs and engravings by creators such as Roberto Morales, Mayte González and Tato Ayress.