Havana's Carnival 2019 around the corner 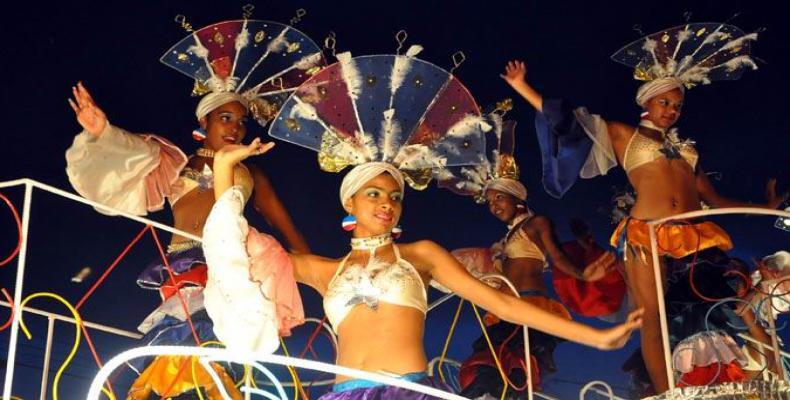 Havana, August 15 (RHC) – The carnival –the largest popular fiesta held in the Cuban capital- is back August 16/18 and August 23/25 at the Malecón Seaside Drive beginning at 9 p.m. The venue will extend from 19th and Malecón in Vedado neighborhood up to Marina Street in Central Havana municipality, while the children’s carnival is scheduled for Tuesday, August 27th, at 5 p.m. in the same site.

«We are going to do the kind of Carnival that our city and our people deserve to mark the 500th anniversary of its establishment », said organizers at a news conference, who announced that the fiesta is also dedicated to the 60th anniversary of the founding of the Guaracheros de Regla Street Dancers company and the centennial of Cuban musician Benny Moré, the so called ‘Wildman of Rhythm’.

Havana’s Carnival will include street dancers and 14 floats that are set to participate in the usual parade on the Malecón, some of which will be transferred to several municipalities in the Cuban capital. The Carnival dates back to the first African drums heard in Cuba in Spanish colonial times during Three Wise Men’s Day.

This time Havana residents, Cuban and international visitors, will be able to dance to the rhythm of the contagious popular carnival music, following the floats and street dancers.

Bands and orchestras, such as Manolito Simonet y su Trabuco; Paulo FG; Pupi y los que Son Son; El Niño y la Verdad; Haila; la Aragón and Yumurí y sus Hermanos will be on hand at the cultural gathering, whose dancing areas will be extended to the 1830 restaurant on the Malecón.

Important companies, street dancers and shows, including las Parrandas de Remedios; las Charangas de Bejucal; the Revolution Ballet, the Tropicana and the Parisient Night Club shows will be enjoyed at the carnival, as well as other performances by Ópera de la Calle (Street Opera) and the National Folk Ensemble.