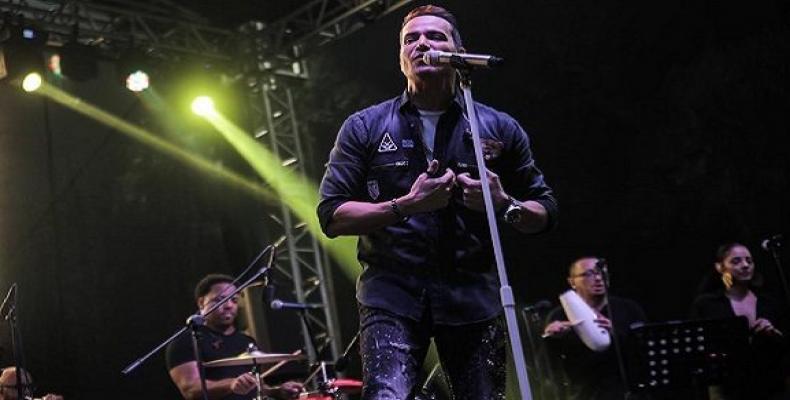 Havana, February 6 (RHC) -- Renowned Puerto Rican performer and composer Víctor Manuelle will close the fifth edition of the Salsa Festival in Cuba, scheduled for February 25/March 1. Accompanied by his orchestra, the so called ‘Sonero de la Juventud’ will perform in the country for the first time, an idea on which, according to the event's organizing committee president, Cuban Maykel Blanco, Manuelle has expressed his satisfaction at the idea of having a concert n Cuba as he has visited the island but never for work.

At a news conference at the Iberostar Parque Central Hotel, Blanco offered details about the Festival, which in this fifth edition changes its usual location of Havana’s Metropolitan Park for the Maritime promenade of 1st and 70 in Miramar, Playa Municipality. According to the pianist and leader of the Salsa Mayor band, between three and four orchestras will be presented everyday after eight o'clock at night, after the varied presentation of orchestras and bands, dance troupes and DJs.