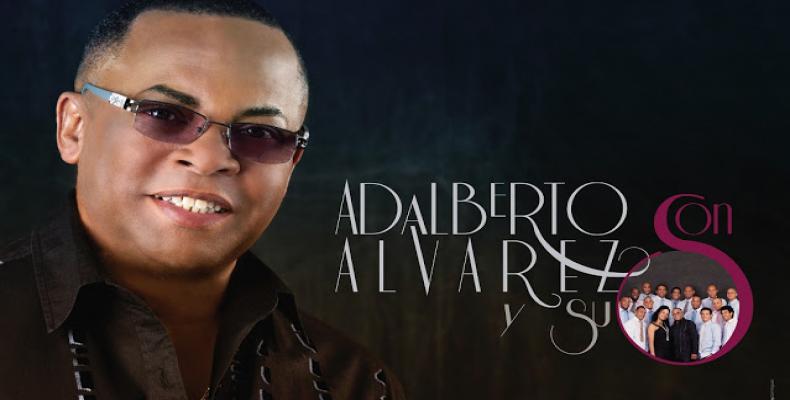 Havana, August 19 (RHC) – Renowned Cuban musician Adalberto Álvarez celebrated 46 years of artistic career and the 35th birthday of his band with a Saturday night concert at the Karl Mark Theater Saturday. Definitively those who attended the show by the so called ‘Gentleman of Son’ confirmed that singing, dancing and always counting on the music by the outstanding musicians, composer and band director is a luxury of the history of Cuban music. Celebrating the Cuban maestro’s 46 year-long career and his band’s 35th anniversary were the principal motivations of the production that become a memorable homage to the work of Adalberto Álvarez, who has defended ‘son’ without making concessions or giving up the essence of that dancing Cuban musical genre.

Photos projected on giant screens, showcasing his childhood, adolescence, parents, friends and national and international music celebrities with whom he has shared the stage preceded the performance of the famous Cuban Septeto Santiaguero, which opened the show with Álvarez’s piece Son para un sonero –considered a classic of the ‘Gentlemen of Son’, followed by the Adalberto Álvarez y son son orchestra’s interpretation of Son De Cuba Pal mundo entero, receiving a standing ovation.

The show’s highlight was a special surprise and gift for ‘The Gentlemen of Son’: a piece composed by Lazarito Valdés, Tamayito and Alberto Cárdenas, sung nothing more and nothing less than by Puerto Rican salsa star, Gilberto Santa Rosa.

The homage concert, which also paid tribute to popular Cuban music, was artistically directed by renowned Cuban dancer and National Dance Award laureate, Santiago Alfonso. The show was recorded and filmed by the record label Bis Music of Artex, leaving a testimony of the tribute for the new generation of Cubans and for those who were not able to attend the performance on August 17th, 2019.