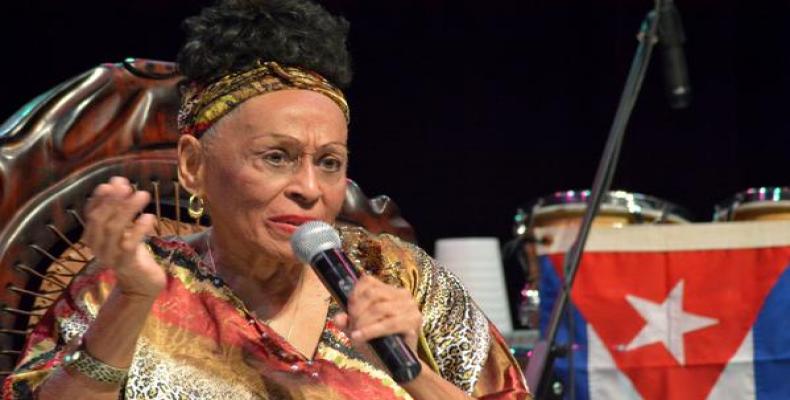 The award is scheduled to be presented at a private ceremony in Las Vegas on November 13 as part of festivities to mark the 20th anniversary of the Latin Grammies. ‘Each one of these legends keep leaving their imprint in the world of Latin music with their talent, charisma and passion,’ said the President of the Latin Music Recording Academy, Gabriel Abaroa Jr, who kept on saying that they have created sounds that impacted and continue to impact our Iberian American community.

Portuondo is currently one of the most important Cuban music figures. Born in Havana in 1930, she began her career as a dancer before joining the Anacaona female orchestra and also being a founder of the famous Las D’Aida Quarter, acclaimed by its mix of jazz and traditional Cuban music styles. A singer with the Aragón Orchestra, her debut album “Magia Negra” (Black Magic) was recorded in 1959. In 1999 she became internationally known for her performance of the tune “Silencio” with Compay Segundo in the film Buena Vista Social Club and, the following year, she launched an album as part of the popular Buena Vista Social Club series. In 2009 Portuondo’s “Gracias” received the Latin Grammy for best contemporary tropical album. At the age of 89, the renowned Cuban singer is still active in the recording studio and concert halls all over the world.